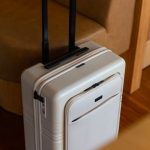 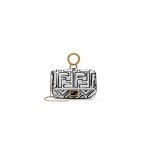 Culture Fashion Things to do

FENDI Renaissance – Anima Mundi is the title of the streaming event that will be presented on June 20th, 2020, by the Accademia Nazionale di Santa Cecilia and the Maison FENDI. This unique event is a performance of Antonio Vivaldi’s Estate from The Four Seasons executed by the orchestra of the Accademia Nazionale di Santa Cecilia and star violinist Anna Tifu, who for the occasion will be dressed in three different FENDI Couture looks. Palazzo della Civiltà Italiana, FENDI’s picturesque headquarters in Rome, will be the stage of the performance.

The project is the result of a collaboration between Accademia di Santa Cecilia and FENDI, two realities deeply bound to the city of Rome of which they are an expression of excellence and creativity at the highest levels. The idea of the performance comes from the desire to share with the community, after the pandemic, a positive message of rebirth through art, fashion and music. The symphonic music, whose peculiarity lies in the highest quality of sound, finds for the first time its iconographic expression through FENDI’s Couture dresses which visually personify the narrative of Estate. The performance will be celebrated on the day of the summer solstice, symbolizing the common desire to restart, reunite and rejoin. Of all the concerts of the Vivaldi cycle, Estate is the one that leads the listener to a climax of exciting and engaging emotions, rendered by the musical writing with almost “visible” effects.

Anima Mundi represents the unifying principle from which each organism takes shape, articulating and differentiating itself through its individual specifications, to then unify under a Universal Soul. The performance is executed following this concept, with the musicians first playing separately and then united by a special element: the Orchestra. It will be an “itinerant” performance in space and time, the one of violinist Anna Tifu and of the orchestral professors. From the first movement, at dawn, on the steps of Palazzo della Civiltà Italiana and then under the arches, maintaining the social distance imposed by the events of recent weeks, the musicians will finally rejoin at sunset on the rooftop of the “Square Colosseum” to tune up for the last movement of Estate, playing music together again after these months of forced separation and celebrating together the warmth of music and summer.

Anna Tifu plays the 1716 Antonio Stradivari “Marèchal Berthier” ex Napoleon a very prestigious violin that the Fondazione Pro Canale of Milan lends to the most talented violinists to be played and be brought back to life.  Antonio Stradivari is universally regarded as the greatest violin maker in history. Studies say the violin left Stradivari's shop to be delivered to the Court of Spain, where it remained until the French occupation. Napoleon's General Alexandre Berthier, the Commander-in-Chief of the victorious expedition, brought the instruments to France and received it later as a gift from the emperor himself.