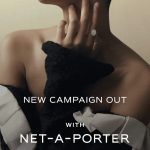 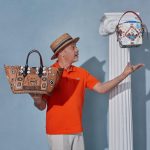 Daily Paper and Beats By Dre (Beats) launch their first collaboration together with special-edition Beats Studio Buds. The inspiration for the hip-hop inspired buds is in line with the Daily Paper SS22 collection, which is heavily influenced by New York City’s 80s and 90s hip hop and graffiti scene.

“Music is one of the most important brand pillars for us as it brings our community together. Working with Beats has always been on our wish list of collaborations. It’s also an extension of the current SS22 collection which is inspired by hip-hop culture.” – Abderrahmane Trabsini (Co-Founder and Design Director of Daily Paper)

The light-weight earbuds bring quality Active Noise Cancellation, up to 24h of battery life and is water- and sweat- resistant. The design champions freedom of expression, featuring the Beats signature b logo in black and a graffiti inspired version of the Daily Paper shield logo in red. The charging case makes a statement with various black and red Daily Paper tags scrolled all over the front and back. To complete the set the exterior box packaging is covered in Daily Paper tags with a custom co-branded decal inside.

The relationship between Daily Paper and Beats unfolded last year. The two brands and the Black in Fashion Council worked together on a sustainable tie dye pouch for Earth Day, which was made of 100% recyclable materials. The Daily Paper | Beats Studio Buds only felt as a natural second step in the fruitful partnership. Recently, Daily Paper also became the official curator for Apple Music, actively curating playlists with sounds that inspire the brand and its community. Daily Paper have created a playlist that shares the specific influences behind the collaboration and their SS22 collection

The campaign film for this collaboration features Ugandan British rapper Unknown T as the hero talent and follows his musical journey, starting from his bedroom where he’s scribbling down his first lyrics via the young rapper working in the studio to him getting ready backstage before a big show. As a long-time friend of the brand, Unknown T was the perfect choice for this campaign and in this video, directed by the multifaceted Ciesay from Places + Faces, he shares more about his heritage, environment and what fundamentally influenced him to become the man and artist he is today. Download the campaign film here.

The Daily Paper | Beats Studio Buds will retail for €149.95 / $149.95 / £129.95 and will launch globally online at dailypaperclothing.com and across Daily Paper Flagship stores in Amsterdam, NYC and London, on Thursday May 26 at 12 PM CEST. Pay attention to Daily Paper’s socials for early access.

An oath to the Culture and colors of Greece by Christian Louboutin, and his newest collection