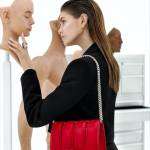 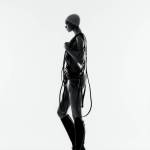 Ethiopia with Tracon Trading is the winner of the Best of the Best Award, which was presented by Elias Omer Alì as part of the 7th Ernesto Illy International Coffee Award.

The award named after the visionary leader of illycaffè and the son of the company’s founder celebrates the work that the company has been doing every day for the last 30 years, side-by-side with coffee farmers, to offer the best sustainable coffee there is. The award was presented to the winner by illycaffè Chairman Andrea Illy during an event held at Palazzo Colonna in Rome.

The award was assigned by an independent panel of 9 experts who examined the best batches from the 2021-2022 harvest through a blind tasting of 9 coffees from the 9 finalist countries: Brazil, Costa Rica, El Salvador, Ethiopia, Guatemala, Honduras, India, Nicaragua and Rwanda. Prior to being evaluated by the panel, each batch of coffee was analysed by illycaffè’s quality control labs and rated in terms of the elegance and balance of its flavour and the richness, complexity, and intensity of its aroma.

Costa Rica’s CoopeAtenas cooperative won the Coffee Lovers’ Choice award assigned by a panel of consumers who, in the weeks prior to the event, carried out blind taste tests of the coffee samples in illy cafés in Trieste, Milan, Paris, London and San Francisco and ranked their preferences.

“Every year, the Ernesto Illy International Coffee Award celebrates the best illy coffee farmers – explains Andrea Illy, Chairman of illycaffè – this year consumers voted for a coffee from Central America while the technical jury gave preference to an African coffee.  Coffee produced at opposite poles of the world and characterized by different armed profiles but united by the same commitment to produce quality coffee in a sustainable way. And this is precisely the peculiarity that unites our producers all over the world“.

On the occasion of the Ernesto Illy International Coffee Award, Palazzo Colonna, a veritable jewel of the Roman Baroque style, was cast in a unique light, combining the magnificence of its halls with the history and aromas of coffee. Once past the red carpet, guests entered Sala Gialla for photographs and continued to Sala della Cappella, where they discovered the 27 finalists from 9 countries competing for the prestigious 2022 Ernesto Illy International Coffee Award 2022. They then moved to Sala dei Primitivi to enjoy a performance by the artist Giulia Berardinelli, who painted a canvas with coffee. The event continued at Sala dei Ricami, where guests could immerse themselves in the aromas of the coffees from the 9 finalist countries and concluded at Sala dell’Apoteosi di Martino V with an exhibition of the 9 paintings by 9 different artists, each depicting one of the 9 paradises of coffee.

In the afternoon, representatives from the world of coffee met at the Capitoline Hill to take part in a seminar titled “The future of the coffee sector: funding opportunities to fight climate change and build up the resilience of farmers” organized by illycaffè in partnership with the International Coffee Organization and in cooperation with FAO and the Municipality of Rome.

Participants followed a debate on environmental and social issues in the coffee world held by a panel of experts and moderated by Gerardo Patacconi, the Chief of Operations for the International Coffee