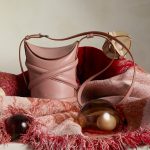 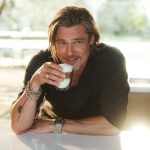 The Estée Lauder companies partner up with the “WRITING CHANGE” literacy initiative in collaboration with Amanda Gorman. Amanda Gorman, activist, changemaker, award-winning writer and the youngest inaugural poet in U.S. history was named curator of the collaboration. The WRITING CHANGE program is a special initiative to advance literacy as a pathway to equality, access, and social change. Éstee Lauder has pledged to contribute 3.000.000$ to their cause over the next three years. Amanda Gorman will also be part of a series of campaigns for the Estée Lauder brand, the first of which will debut in Spring 2022.

“Our company was founded by an extraordinary woman, Estée Lauder, who paved the way for women everywhere to believe anything is possible. Our first of its kind partnership with Amanda was created under these very same trailblazing ideals,” said Jane Hertzmark Hudis, Executive Group President, The Estée Lauder Companies. “Amanda’s powerful presence and inspirational voice brings hope and confidence to the next generation of leaders. Together, we will create real and meaningful impact through literacy, voice, and self-expression.”

Amanda Gorman  is an American poet and activist, centring her work around the issues of oppression, racism and marginalization, as well as feminism and the African diaspora. Her first book, “The One for Whom Food Is Not Enough”, was published in 2015. On the 20thof January 2021, at 22 years of age, she delivered her poem “The Hill We Climb”, thus  becoming the youngest inaugural poet in U.S. history. The historical feat generated international acclaim, after which she landed a spot on the TIME100 Next list, and two of her books gained best-seller status.

The move doesn’t come as a surprise, as global awareness grows about the power brands hold in our modern day society to bring forth equity and social change. As one of the world’s leaders in prestige beauty Estée Lauder Companies is a powerful ally, and we will be watching closely and with excitement what the future will hold.