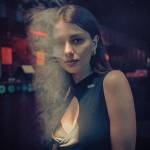 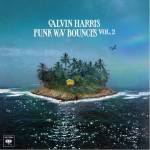 THE WORK HAS BEEN MADE IN COLLABORATION WITH CARTIER

The large scale public art work, commissioned by Cartier, proposes that a first step towards protecting the biosphere is to pay detailed attention to its inhabitants: to observe and draw them, to learn their names, and remember their stories.

Each evening at sunset, an interpretation of Choral Evensong will be sung within the illuminated sculpture by London-based choral groups – rare and unique London voices – combined with the voices of the birds, bats, and insects that also consider London their home.

Situated in the Tate Modern Garden, directly opposite St Paul’s Cathedral, London-based choral groups of the diaspora will perform each evening at sunset within a sliced open scale model of the dome of St Paul’s, teeming with Devlin’s pencil drawings of each of the 243 species, illuminated with projection.

During the day visitors are invited to sit within the choral tiers of the structure immersed within the detailed drawings and surrounded by a soundscape of the sounds and names of each of these non- human Londoners. In place of hymn books, QR codes within each of the choral tiers will guide visitors to information and stories about each of the species and the music sung by each of the choirs – inviting audiences to learn and remember the names of our ‘more than human’ neighbours and feel
the interconnected web of species and cultures in the city.

London’s 243 priority species have been identified by the London Biodiversity Action Plan
as declining in numbers within the city and as priorities for active conservation and protection. Audiences will be invited to engage with London Wildlife Trust in order to contribute and learn more.

Es Devlin said: “A dome originally meant a home. The work invites us to see, hear, and feel our home, our city as an interconnected web of species and cultures, to learn and remember the names and sing those under threat into continued existence. The work echoes the invitation invoked by the 92-year-old climate activist Joanna Macy: “Now it can dawn on us: we are the world knowing itself. As we relinquish our isolation, we come home again…we come home to our mutual belonging.”

Cyrille Vigneron, President of Cartier Philanthropy Council, President and CEO of Cartier said: “As a longstanding Friend of the Maison, we are honoured to be working with renowned British artist, Es Devlin. Art and creativity are important in order to talk about today’s world, in a human and touching way. Come Home Again represents how we can be inspired by the beauty of the world wherever it may be. Cartier’s responsibility is to make the world more beautiful, not only through our creations but also through our commitments for nature and our philanthropic actions. With our commitment to beauty, art and nature in mind, we are happy to support the vital work by the London Wildlife Trust to help preserve biodiversity.”

Mathew Frith, Director of Policy & Research at London Wildlife Trust said:
“The survival of our city’s wildlife is now at a tipping point – after decades of dramatic decline in many species, the window of possibility to halt, and reverse this decline is rapidly closing. Doing so depends not only upon the transformation of our everyday practices, the way we manage London’s green spaces, climate adaptive technologies and behaviours, but also upon securing a future for our wildlife in the city’s imagination. London Wildlife Trust is delighted to work with artist Es Devlin and Cartier to support Come Home Again, an important exploration of the role of art in the protection of London’s species and nature’s recovery across and beyond the city.”

IN CONVERSATION WITH DARIA KOLOSOVA