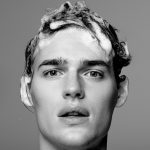 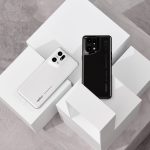 Find X5 Pro is the latest flagship to OPPO’s premium range of products. It raises the bar on smartphone imaging and is packed with industry-leading features that include a dedicated imaging Neural Processing Unit, called MariSilicon X, which overcomes smartphone video capture’s greatest challenge – night-time recording, and enables captivating photography.

In order to showcase Find X5 Pro’s technical abilities, photographer Kiliii Yuyan was sent on an adventure to Iceland to capture the country’s exceptional vistas, cascading mountains, and hidden waterfalls – all filmed and photographed using only OPPO’s latest flagship smartphone. Kiliii Yuyan’s award-winning work has previously illuminated the stories of the Arctic and human communities connected to the land. Informed by his ancestry that is both Nanai (Siberian Native) and Chinese-American, he has traveled across the polar regions working with indigenous cultures and wildlife. He has seen and experienced the adventures and perils of the world – escaping collapsing sea ice, chased by whales in Greenland, and found kinship at the edges of the world.

During the masterclass, Kiliii spoke to us about his experience of visiting Iceland and capturing its beauty utilizing the smartphone’s different shooting modes. Kiliii was impressed with Find X5 Pro’s strong stabilization feature that let him move around freely around the landscapes. This would not have been possible with a heavy professional camera. Kiliii also excitedly mentioned the phone’s excellent Ultra 4K Night Mode setting that “sees more than the eye” and lets the user capture moments with crisp, beautiful contrast, making the texture of the photo pop while highlighting the graphic nature. Kiliii Yuyan, reflected: “One of the most challenging areas of smartphone photography is taking pictures in low light. It’s easy to miss capturing detail, as well as extreme lights and darks that can elevate your photography to another level.”

Finally, Kiliii summed up his experience with the Find X5 Pro and told us just how easy shooting with the smartphone was. To be able to change the shooting modes easily without heavy gear and to slow down the shooting process brought out Kiliii’s creativity even more and helped him “empower every moment”.

In addition to the campaign with National Geographic, OPPO is also giving six people a chance for a once-in-a-lifetime trip to experience Iceland for themselves. Through posting on Instagram the beautiful moments in their life and using #GetawayWithOPPO and #OPPOFindX5Pro with no limits to entries. The entries will be judged by an independent panel of experts looking at the following criteria – uniqueness, quality, and raw photography talent.