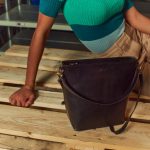 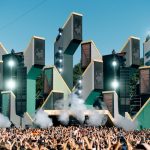 We are excited to share one of our latest collaborations with Dutch singer and songwriter Yade Lauren.

Things are going very well for the young talent. Last month Yade left the record label Top Notch and is from now on releasing her music independently. Her first fully independently released single, ’In De Nacht’ entered the Dutch Top 50 at number 1 and on Spotify and knocked none other than Adele off her throne.

On top of that she very recently won 4 awards at the NPO FunX Music Awards: Best Singer, Best Female Artist of the Year, Best Collabo – with Dutch rapper Kevin for their track ‘Samen’ – and Best Song for the single ‘Praat Met Mij’ (also with Kevin). Yade’s creativity shines through in everything she does being responsible for all creative input herself and it’s paying off big time.

Her breakthrough came when her first album ‘Reflecties’ was released in 2020. The album contains 10 personal and sensitive songs, which she describes as a diary. She talks about her father as well as her first love who she met not even very long ago. While writing about the honest truth and speaking about subjects which are not talked about enough, she wants to inspire others. Expressing feelings through her work helps the singer and songwriter to deal with personal experiences. – „I think sometimes it's just necessary. It's very therapeutic and it’s a way to let go. It's more than just words, it’s a feeling.“

In 2021 Yade teamed up with PUMA Benelux to be an Ambassador, kicking it off with being part of the ’She Moves Us’ movement. Through this PUMA wants to give female ambassadors (such as Dua Lipa and Cara Delevingne) a platform to speak out loud and inspire, empower and celebrate women worldwide. Talk shows, interviews and stories are building a bridge between the ambassadors and other women. Talking to Yade and working with her made it very clear, ’She Moves Us' fits her own vision very well. Through her music and way of expression she loves to inspire other women and embraces it with the campaign. In her own songs, she talks a lot about her own insecurities and obstacles that she had to overcome. When you ask her, she takes this very personal and serious, she wants to spread a message. “Women are magically powerful, but they don't always realize it themselves. Believe in yourself,“ she says.

Yade is wearing the recently released PUMA ’Suede Mayu’ sneaker in black and beige colorways. The platform’s over-the-top proportions, give the silhouette a chic and fresh look. The upper takes cues from one of PUMA’s most iconic styles with a re-designed bold platform but keeping it lightweight and comfy. The blown up proportions of the ’Suede Mayu’ push forward the original DNA of the shoe.

Get your PUMA sneakers here.

We had the pleasure to work with this talented woman and are excited to see what the future holds for Yade Lauren.