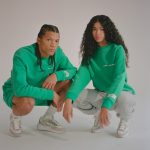 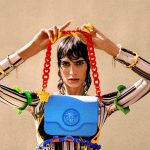 On February 26, 2021, exactly twelve months after his first release, Cor will release his promising debut album Weg Van Hier. The first full-length release features guest appearances from the industry’s biggest artists and solo tracks as well. Above all, Cor wants to inspire and beware the new generation. With this informative message,through his witty lyrics – divided into eighteen songs – the rapper will let his true voice speak.

In just one year time, the Dutch rapper has become one of Netherlands’ most promising and influential rappers. With over 300,000 listeners on Spotify and millions of views on Youtube, Cor already has a number of successful releases with other major Dutch artists to his credit. Without any record contract, Cor works – with the support of independent platform OWNIT – on his promising future.

Cor, also known as Corshottaa, is a Dutch rapper raised in the East of Rotterdam. His rap career began in 2020, after which he was featured on the 101Barz studio session of the record label of rapper 3robi, Spow Business. He signed a record deal there and released four successful solo tracks. Each of them reached millions of listeners on YouTube and Spotify. After the success of these releases, the talented Rotterdammer decided it was time to work further independently. Meanwhile, Cor already has a number of releases with other big Dutch artists like Idaly, Hef, Jack and Jordymone9, and his new album is filled with a lot of big names from the Dutch hip hop world.

Cor's first album ‘Away From Here’, as an independent artist, will be available for listening on all streaming platforms starting next February 26th, 2021.