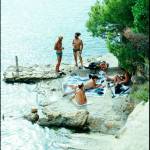 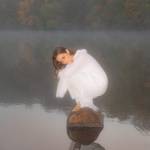 Art Music Things to do

Dutch National Opera presents the European premiere of Blue, an opera by American Tony Award-winning inspiring composer Jeanine Tesori and American librettist and theatre director Tazewell Thompson. The opera had its world premiere at the Glimmerglass Festival in July 2019 and won the Music Critics Association of North America Award for Best New Opera in 2020

“Opera has rarely been as topical as Blue. In Harlem, a black couple anticipates the birth of its first-born son, with both hope and anxiety. The mother worries about her son’s future as she watches him become a young man and enter the world of activism. Meanwhile, the father tries to open his son’s eyes to the realities of 21st century America, whilst simultaneously struggling with his own identity as a police officer, a ‘Black man in blue’. When the parents’ deepest fears come true, they have to find a way to cope with reality.”

Inspired by events in contemporary America as well as by Black literature, this opera captures the anguish of a community that finds strength and comfort in togetherness in dark times, highlighting the importance of human connection and the pivotal role music plays in this regard.

Opera lover or not, this inclusive and contemporary piece manages to bring in all types of new audiences for its deeply moving and relevant story. Blue will touch your heart and mind while embodying the essence of a great opera and it deserves all the attention.