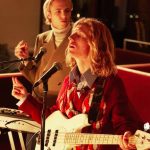 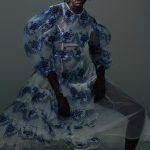 Dutch Ghanaian rapper Frenna, known for international hits like ‘Ghetto Youth’, ‘Abloh’ and ‘Money Deh Yah’, received a unique award during his sold out show for the Larger Than Live concert series in Amsterdam.

After opening the show with some of his legendary Dutch hits, close friend and Dutch soccer player Quincy Promes got on stage to hand out this unique award to Frenna. An award that recognizes the 1 billion worldwide streams Frenna received on his own tracks and projects he was featured in.

Frenna, who was born in The Hague in The Netherlands and has Ghanaian roots, says partly growing up in Ghana changed him as a person and plays a huge role in his creative process. From numerous #1 hitsto two platinum albums, to being crowned most-streamed Dutch Spotify Artist in 2019, and breaking the until then established Spotify record for most streams in twenty-four hours, Frenna has had quite the journey. A journey that is still only starting,

His sold out Larger Than Live ‘Frenna Deluxe’show was his first show in four months as all his performances got cancelled due to the corona measures. ‘Frenna Deluxe’, was the first time Frenna was able to perform tracks from his platinum album ‘‘t Album Onderweg Naar Het Album’’. He also performed his big hits like ‘My Love’, ‘Wat Is Je Naam’ and ‘Verleden Tijd’. Furthermore, the show featured special guest appearances from Dutch A-listers like SFB and Akwasi.

Frenna on his award: "I am so grateful for my fans. Because of my fans I am able to realize my dream, each and every day. I want to thank everyone who listens to my music and has contributed to these billion streams from the bottom of my heart”.