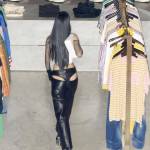 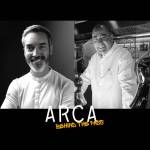 During The Clash’s 7 years of recording and touring they burned bright and recorded 5 albums thatchanged the face of rock’n’roll. They were known for their exciting music, unforgettable performances andsharp individual style and at the crucial moments of their extraordinary history, they each stood in a trustypair of Docs.

Now two icons of the UK music scene are officially together again. Presented in two parts and two designs formaximum inclusivity. A Made In England collection built using the same handcraft techniques from the samefactory as the pairs The Clash first strapped on over 40 years ago. The timeless 1460 8-eye boot and 1461 3-eyeshoe are constructed from Smooth, DM’s legacy leather inspired by the original leather used on the first Dr.Martens produced. The heels are marked with The Clash’s instantly recognisable logo. Each pair comesequipped with a set of dog tags based on those worn by the band and 7 sets of laces inspired by the colours oftheir most iconic albums. Exclusively available at DrMartens.com and Dover Street Market.

Also available from DM’s main line are the 1460 boot and 1461 shoe constructed from Arcadia, a high-shine leatherwith a base dye and contrast top-coat. Over time the top-coat rubs off to reveal the underlying colour. The 1460boot has a military green base and the 1461 shoe a cherry red, chosen by the band from the colours from theiralbums Sandinista! and The Clash artwork. Each pair is embossed with The Clash logo on the heel and comesequipped with dog tags.

To celebrate the Dr. Martens x Clash collection, legendary film director, DJ and musician Don Letts has collated aplaylist of songs to tell the story of the iconic band from his perspective as their long-time friend and collaborator.‘The Story of The Clash in 100 Tracks’ is a mix of cuts from the band’s albums and solo careers, as well as musicthat inspired them and artists inspired by them. The playlist will drop on Spotify and through DM’s channels. Aboutthe playlist, Don said the following:

”A continuous clash of sounds provided the blueprint for my selection. I’ve often wondered what it is about TheClash that still resonates with so many. I think it’s something to do with the fact that they were a product of thevinyl generation, raised on music that could be a tool for social and personal change. They understood and believedin the power of music to actually make a difference. They also understood it was all for nothing if you didn’t havea groove and looked like shit. In the 21st century, these ingredients remain a crucial currency for the young. As fortheir musical legacy in the new millennium? Well, I’ll leave that one to you, my friend.”

A collaboration for fans new and old. Designed for maximum volume wearers.

GET READY FOR ARCA BEHIND THE PASS X VITOR SOBRAL