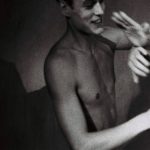 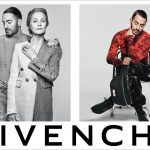 Dr. Martens teams up with A Bathing Ape

The iconic, original Dr. Martens boot 1460 will turn 60 this year, and that may be celebrated. Starting this month, a series of collaborations with 12 world-famous brands follows. Each of these brands has made its own design for the 1460 boot. The first partner in this series is the Japanese streetwear brand 'A Bathing Ape'.

Six decades of self-expression. Six eras in which Dr. Martens has grown with the subcultures that embraced them. Sixty years in which they made their carriers stronger. Dr.Martens has seen the world change drastically. But one thing has remained the same all the time: the 1460 boot. Over the past 60 years, the distinctive silhouette has been shaped and toppled by countless subcultures and freethinkers. The boots mean something else to everyone who tightens their laces. So Dr. Martens transferred the 1460 boat (not only in honor of their anniversary, but also because of the start of a new decade) to 12 innovative and world-famous brands, labels and designers. Together with them Dr. Martens their iconic silhouette in a new jacket. In 2020 a brand new boat will be released once a month.

The legendary streetwear brand 'A Bathing Ape' is the first to take a turn. Dr. Martens has revived this creative relationship and is now working with them for the fourth time. BAPE (A Bathing Ape) was founded in 1993 in Tokyo, Japan. The origin of BAPE lies in the Harajuku culture of the early 90s. Their most distinctive design, the 'BAPE 1st Camo', became a legendary status symbol.

BAPE has often used British culture as a source of inspiration. For the 1460 REMASTERED collaboration series, they have made the perfect mix of their own legendary camouflage print and dr. Martens' classical DNA. With this they bring an ode to the history of both brands.

This special edition has eight lace eyes and a black nose of soft leather that is flanked by a green BAPE first camo print. The boot symbolizes the best of both brands. The famous BAPE STA  logo runs across the center of the boot. The yellow BAPE logo on the hi-loop completes the picture.

We are excited to share with you the coming collaboration later this year on @numero_netherlands.

The boot is available from 25 January 2020 – in very limited numbers – in selected stores and online via drmartens.com.

At Givenchy, stars align for their new campaign