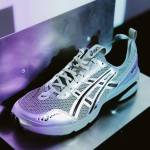 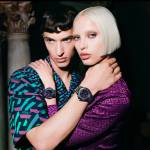 Slam Jam and Dr. Martens collaborate for the first time to explore the intersection between functional workwear and its adoption by electronic music subcultures.

Started from a garage in Ferrara, Italy, in 1989 by one of the founding fathers of collector culture, Luca Benini, Slam Jam has grown into one of the driving forces of the collision between streetwear and fashion. Combined with a deep connection to art, music, and clubbing, giving voice to subcultures and pushing them into the spotlight.

Slam Jam’s selection process began with an archivist mentality through hype-curated inventory dictated by Luca’s personal taste and style. With a philosophy of connecting like-minded people and a design approach encapsulated in the Slam Jam (Un)corporate Uniforms project. The mission is to make the wearers identifiableto one another and, in doing so, unify them.

For the collaboration with Dr. Martens, Slam Jam’s perspective is viewed through the lens of electronic music subcultures that have embraced workwear aesthetics. The 1461 shoe is retooled and reworked with influences from construction workers’ uniforms which prioritise protection and visibility.