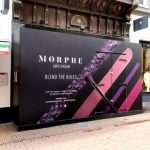 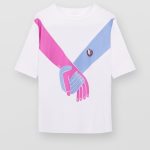 Don Diablo has teamed up with rising star JLV for his third single of the year, ‘Problems’ ft. John K. Continuing his impeccable run of releases, the instantly uplifting ‘Problems’ is available to stream now via HEXAGON.

Hooking the listener from the opening note, ‘Problems’ kicks off with an infectious whistle that will ensure fans will be doing just that for days after. Allowing John K’s soulful male vocals to lead the track, Don and JLV weave in a unique "gospel drop" that will put an instant smile on your face. A captivating track that was made for the much hoped for summer festival circuit, the trio have created the perfect summer sound that is nothing short of anthemic.

Don Diablo: "We have been teasing this record for a while now and even though it wasn't fully finished yet before the pandemic, and the sound is completely different from anything we've done before, the demo became an instant fan favourite. The fans have been demanding a release ever since and after perfecting the final version of the track recently we felt it would actually be a great track to release now since the lyrics are so spot on with the current zeitgeist. With the gospel style vibes in the song it kind of feels like we were able to preach through our music to give a much needed mood boost in a time where we all need a little extra sunshine in our lives."

His second single of the year, Don Diablo flexes his production muscles once more with another sure-fire hit. A stark contrast from his previous production ‘Into The Unknown’, Don proves that whether it’s a deep, dark club track or a sun-drenched summer single, the Hexagon headhoncho can turn his hand to any sound he chooses.

No stranger to HEXAGON, burgeoning producer JLV has already released a plethora of tracks for the influential imprint and last year saw the talented Dutchman realise his dreams with the launch his own label ‘Something Good’ under the Hexagon label group. Making an emphatic start to the year with a major collaboration on ‘Problems’, JLV looks set for a promising future.

Florida native John K has the uncanny ability to capture the essence of summer with his sumptuous vocals. Breaking onto the scene back in 2017, John’s 2020 RIAA platinum-certified single ‘If We Never Met’, garnered over 305 million streams, propelling him into stardom and bringing him to the attention of the talent and tastemakers around the world. Joining forces with Don Diablo and JLV, ‘Problems’ is sure to be another standout track for the talented singer.