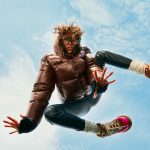 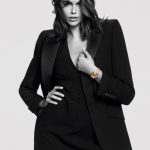 On December 9th, Dior will unveil the Fall 2022 men's collection designed by Kim Jones in London. The House thus begins a new chapter in its historic friendship with the United Kingdom, reaffirming the steadfast ties that were sealed during the first ever Dior show across the Channel, held in 1947 in the presence of the Queen Mother and Princess Margaret.

“We are delighted to be presenting our Fall men’s collection abroad once again, and to be reconnecting with the 'physical' runway, an experience that is more important than ever. We are proud and excited to be bringing this unique event to life in London, a particularly symbolic destination dear to Monsieur Dior and the House since 1947. London is of course also the city closest to Kim Jones' heart, where he was born and where he lives, which inspireshim with its inexhaustible creativity and which he loves deeply,” states Pietro Beccari, Chairman and CEO of Christian Dior Couture. “I can’t wait to do a show in my hometown," concludes Kim Jones, Artistic Director of Dior Menswear.