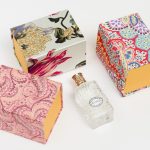 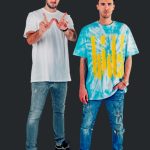 A Symbol of style, the Bar Jacket is reinvented by Maria Grazia Chiuri for the Fall 2021 collection in celebration of the founding couturier’s muse Mizza Bricard. In homage to the caryatid of elegance and her feline grace, this iconic piece is embellished in leopard print. Inspired by a sumptuous coat designed by Christian Dior in the 1950’s, this emblematic design now appears in an exclusive version made with virtuoso savoir-faire. This unique craft consists of printing the warp threads before they are woven, thus enhancing the fabric with a heathered effect. After the fabrics are meticulously cut, shaped, and assembled, this exceptional creation comes to life, complete with the “Christian Dior” signature. Echoing the original style, even the buttons are covered in the delicate jacquard. An invitation to freedom and self-affirmation, this object of desire signs an audacious allure.

A fashion statement and iconic Dior code, leopard print has been reinvented for the Fall 2021 collection, in celebration of of Mr Dior’s muse, Mizza Bricard. The bold motif is available in natural and tone-on-tone black, inspired by a sumptuous leopard coat designed by Christian Dior in the 1950’s it punctuates ready-to-wear and accessories alike. A timeless Symbol. Of the New Look and House’s virtuoso savoir-faire, the Bar jacket appears in a chine-effect silk taffeta featuring buttons that – echoing the original design – are also covered in this delicate fabric. Made without a lining, this emblem of Dior style is distinctive for its exceptional lightness. This season’s key pieces – including shirts, pants, skirts, and dresses – are clad in this irresistible animal print, which also appears on the essential Lady D-Lite, Saddle, Dior Book Tote and its miniature format, the Dior Book Tote Mini. The Dior Mizza flats, a new addition to the Dior wardrobe, feature a draped strap of glittering nylon embellished with a “CD” logo in gold metal. As a final touch, silk scarves an Mizza bob hats accentuate a Pop allure, symbolizing freedom, and optimism, and blending refinement and modernity .  Also featured on decorative objects and tableware by Dior Maison, this bold motif celebrates irresistibly modern elegance.

In conversation with W&W