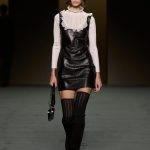 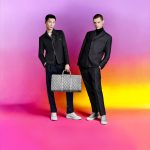 Dion Visser is a Techno Dj and Producer based in Amsterdam.

Dion says he always had a huge appreciation for this type of music and scene when speaking on electronic music. However, one memory that stood out the most was in 2016, when he went to see Len Faki at Awakenings in the Gashouder (it was to celebrate his birthday at the time). Dion says he will never forget that moment, that was what truly made him fall in love with techno. Alongside Len Faki, Dion says Dj’s such as Amelie Lens and Dax J have honorable mentions for his passion for pursuing a career within the Techno scene initially kick-started. All three are a huge inspiration to him, who he admires and looks up to.

In 2022, Dion is now fully dedicated to music and continuously focused on developing his career as a DJ/producer. Typically he would describe his Dj style as he “likes to take his listeners on a journey,” with his high energy sets including groovy and acid tracks.

When asked if he sees a connection between Fashion and Music, Dion says that the two are a perfect combination that complements each other in so many ways. For example, Dion will focus hugely on how he styles himself when attending a gig or rave: it’s how he expresses himself, depending on the type of music scene he is listening to.