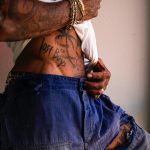 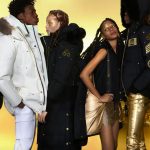 Young, fresh and new. The launch of BOSS x Russell Athletic proves the combined energy of two iconic brands is impossible to contain. To the sounds of classic hip hop, a basketball-inspired film marks the release of the collaboration in playful, fun, and uplifting style.

Set in a locker room and on a basketball court, the film depicts a basketball squad who celebrate after being crowned the season’s champions. The team – including Ashley Graham, Bella Hadid, Precious Lee, Lucky Blue Smith, Keith Powers, and more – dances, poses and parties together as it showcases the new BOSS x Russell Athletic collection with nothing but good vibes.

Drawing on both brands’ archives, the collection of off-court classics includes many unisex styles, and features a retro-inspired BOSS x Russell Athletic logo.

The multi-channel #BOSSxRussellAthletic social media activation will include a TikTok challenge, #BOSSUpYourGame. Inspired by the teaser phase of the social campaign on Instagram, starring NBA star Dennis Schröder, it invites creators show off their skills using the signature BOSS Athletic pink basketball.

To the 90s sounds of I Wish by Skee-Lo, TikTok creators includingDesi, Levin Hotho, The Sharp Twins,Tega Alexander, and Kayliah Balou will turn the channel into their very own basketball court. The challenge will be kicked off by selected tastemakers in the UK, France, Germany and Russia between March 24 and April 1.

From March 31, personalized BOSS x Russell Athletic sweatshirts will be available exclusively online. Customers can add up to four varsity-style letter patches to the back yoke to create an individual design.