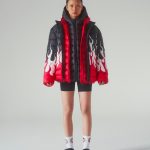 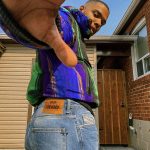 Kat Graham, whose breakout role was staring as Bonnie Bennett in the hit tv show ”The Vampire Diaries”, is a Swiss-born American actress, singer, dancer, producer and humanitarian. She started her career at the early age of five, released her own music working with music titans Babyface and Prince, been involved in fashion and is an advocate for human rights, focusing on the refugee crisis with the UNHCR. Since becoming a teen idol on the show, Graham has gone on to films like ”How It Ends” alongside Forest Whitaker, ”Cut Throat City” alongside Ethan Hawke and Wesley Snipes, and making history as the worlds first African-American April O'Neil in the ”Teenage Mutant Ninja Turtles” series.

We had a delight speaking with Kat:

Kat, fans mostly know you through your work on ”The Vampire Diaries”. How has this role changed your career?

The role really gave me a platform internationally. It felt like Boot Camp honestly. We were doing 22 episodes a year for eight years. It was the hardest I have ever had to work on anything at that age. Right before booking the show I was touring with Will.i.am and The Black Eyed Peas. I definitely didn't think that my break was necessarily going to come from acting even though I had been acting longer than anything at that point. From that show, I was able to reach so many fans internationally, that I might not have had otherwise. I'm truly grateful for that experience. I learned so much about my craft, and also about my space in that show and the world as the only African-American in the cast.

You've been working with Dior as one of the faces of their campaign for their new series ”What's Ladylike” of their signature Lady Dior Bag. The series explores the diverse definitions and manifestations of a lady. How would you sum up this partnership?

Dior has always been a brand to me that represents strong women. Maria constantly pushes the boundaries on what is lady like? What is feminine? Who are we in our true essence? From pairing boots with skirts, to embracing African culture from hair to fabrics, Dior is truly a house of diversity and acceptance. I'm lucky and fiercely loyal to those women and that brand, because of who they are and what they represent for all women.

You've worked on PSA short film ”At Risk Youth” for Black Lives Matter 2 years ago, which landed you an Emmy nomination. The Black Lives matter movement is now more relevant and important than ever. What's your view on all that's been going on regarding this in 2020?

The murder of so many African-Americans by police forces in America is not only heartbreaking but a symptom of a deeply rooted system of injustice and discrimination in our society.

First, as an African-American actress in Hollywood, it is incredibly unfortunate and wildly oppressive that many black actors and actresses, such as myself, still to this day experience tokenism, marginalization, and are written without three-dimensional development that is so freely given to their white co-stars. It's infuriating and unacceptable. I deeply understand how important the black narrative is on film and television, as well as in music, which is why I have made the decisions that I have made in the past few years that support those narratives and have consciously chosen to not engage in projects and or with people that don't fit within that agenda.

More importantly, I want to focus on the issue at hand – end police brutality – and work through the many layers of racism that plague our society. Black lives are on the line. Right now, I want to use my voice to raise awareness for Breonna, George, Ahmaud and the many men and women who desperately need their stories told. We cannot take our focus off of this until meaningful change comes. I also want to focus my efforts on promoting solutions, such as investing in new approaches to community safety and holding officials accountable.

You're a strong advocate for human rights. You're a supporter of the United Nations High Commissioner of Refugees. What does supporting the UNHCR mean to you?

My father is eight generations Liberian. During the Liberian Civil War, my grandfather was lined up on the beach to be shot by the Charles Taylor regime. My mother is Russo-Polish, whose family fled Europe and the Holocaust. I'm half African, and half Ashkenazi, with my family living in Israel.

People who've had to find refuge in other countries in order to live a better life are prevalent in my family's history. As a result, I've made it my life mission to help raise awareness about the plight of refugees across the world. Worldwide, almost 80 million people have been forced to flee their homes because of war, conflict, persecution and human rights violations. Of those, 26 million are refugees. This is why in 2013, I joined the UNHCR – The UN refugee agency – as a High-Profile Supporter.

In the last few years, I met with Syrian refugees at the Za'atari camp in Jordan. I travelled along the Guatemala-Mexico border where I met women, children and families forced to flee their own countries to escape extreme gang violence. I visited with Somali refugees at the Melkadida camp in southern Ethiopia and travelled to Nakivale in Uganda. In all the time I was there, I met incredibly resolute, resourceful, graceful and smart people. All they wanted was the chance to stand on their own feet and show the world they had the strength to survive and to thrive. I want to give these people a voice and a chance to fulfill their potential.

”Cut Throat City” isa film directed by RZA. I played Demyra in the film, the wife of Blink who is a struggling artist that sets out to carry out a heist with his friends, after the government neglects the 9th ward community post Hurricane Katrina. I really loved working on this film and it is probably the coolest project that I've done up-to-date.

What's next for you in film and TV?

My next film is Netflix‘s ”Operation Christmas Drop” out in November. I play a congressional aid that gets sent to the Anderson Air Force Base to shut down their mission. Fun fact, this is actually a real mission that the base does every year and is the longest running humanitarian airlift in the world to this day. This is my fourth Netflix project in the three years that I've done since wrapping TVD. I really love being a part of that family. Netflix does an incredible job of fighting for inclusion and uplifting and elevating Black talent across the board.

What do you hope to see come from the work you are doing?

I hope that through my work, whether taking photos, being in film and TV and what I've been focusing on in 2020 (which has me producing and co-founding of the Modern Nirvana wellness group), I'm able to bring empowerment and healing to the world. I hope that I'm able to give a voice to the voiceless and do it in a really creative and enlightening way, that brings more compassion and understanding to the world.

HAIR AND MAKE UP: ELISA RAMPI

Colmar presents its collaboration with Vision of Super