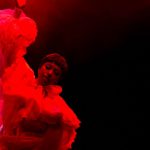 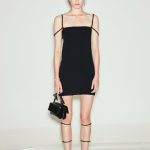 DIESEL announces the launch of its Fall 2020 campaign, which is rooted into one of denim’s key, longstanding elements: memory. Denim gets better with experience and becomes a sort of wearable record of the times you’ve had. The pen marks on the pocket? Doodles during a long flight to a faraway location. The scrape at the hem? From a night spent partying in Berlin. Denim collects these moments no matter what; not even 2020 can cancel a great pair of jeans.

In what has been a generation-defining year, DIESEL invites people—the world over—to celebrate the beautiful memories made in lieu of the plans that had to be put on hold, and wear these unexpected highlights with pride. For all the trips, events, parties, plans, ceremonies and more that could not take place in 2020, we are finding the opportunity to tell the surprise stories the connections that were made, the fun that was had, and the positive silver linings.

At the center of the Fall 2020 campaign is DIESEL’s new customizable denim collection. Through a special portal on www.diesel.com—and in select stores worldwide—clients will be able to personalize the leather tags on denim with something they could not participate this year. The intention is to commemorate what they did notdo, and the memory-making moments that ensued in the absence of those plans. A birthday party called off? Celebrate it by remembering it. A surf trip postponed? Create a keepsake for what might have been and use it as inspiration to plan for a later date – always with your favorite, unforgettable denim.

The platform is multi-subject: dozens of video clips, with real life anecdotes, directed by Pantera of the group Anonymous Content, will live online and on social media. Key visuals have been created by JP Bonino and will feature DIESEL watches and eyewear in addition to ready-to-wear.

The 2-month platform will follow the stories of various talents, influential figures including Evan Mock, the skateboarder and model. Normally a resident of New York City, he chose to enter isolation in Mallorca, Spain, reconnecting with nature. Julia Fox, an Italian-American actress, found unexpectedly restored love during lockdown. Donte Colley looked inward and became more active in fighting for what’s right. These individuals were photographed by RAYSCORRUPTEDMIND.

And it doesn't stop here: DIESEL is also partnering with different canceled events, like UNTOLD Festival, one of the most renowned music festivals in the world, to create a series of limited-edition denim trousers called the 2020 Fallen Edition. UNTOLD has won the award for Best Major Festival in Europe from its inception. In a “normal” year, it is visited by more than 350,000 fans from across the globe. Those fans will hold 2020’s edition in their imagination – and in a pair of customized Diesel jeans.