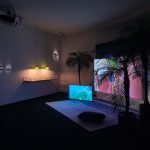 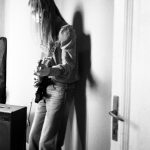 22 yo London based artist Delilah Montagu today releases her brand new single Us, on Columbia Records.

Completely autobiographical, Us eloquently documents the rebuilding of the relationship with her now girlfriend. “If it can’t be us, I’d rather be alone”, sings Montagu on the new cut, which was written and recorded entirely remotely throughout lockdown alongside acclaimed producer Robin Hannibal (Rhye, Kendrick Lamar, Anderson .Paak). The single continues to trace Delilah’s effortless ability to wear her heart on her sleeve, releasing music brimmed with passion and honesty.

Speaking about Us Delilah said, “Us is the most truthful song I’ve ever written about my relationship. It is scary being so honest and vulnerable about how I feel about another person, but I’m glad it is coming out through my music!”

Watch the official video for Us here.

Us follows the releases of Delilah’s debut single Version Of Me – a fearless autobiographical story of self discovery – and previous single Loud – an empowering anthem to inspire pride – , both of which garnered instant critical acclaim from the likes of The Sunday Times Culture, i-D, The Independent, Wonderland, Numero, The Guardian and L’Officiel to name a few.

Delilah also recently shared a live guitar version of Loud, showcasing her talents not only as a singer-songwriter, but also her ability to create music in whatever form she feels fit. You can watch that here, plus the Shura remix of the single here.

Lauded by critics for her fearless lyricism and raw musicianship, Delilah is a true artist on the rise, filled with boundless integrity and prowess, poised to become your new favourite for 2021.