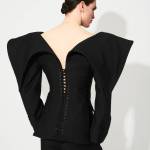 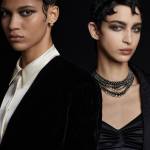 For more than a decade, Dekmantel has dedicated itself to championing artists at the forefront of electronic music, and that effort continues this summer with the return of its flagship Amsterdam festival. Taking place from August 2 to August 6, 2023, the five-day event will feature more than 115 artists, including Shygirl, Gary Numan, Omar S, Blawan, Nala Sinephro, Stingray 313, Jeff Mills, Peach, Young Marco, Naone and Carista. Paying particular attention to those who navigate the outer limits of the dancefloor and beyond, this year’s Dekmantel is a celebration of forward-facing visions and bold new crossovers, and will unfold across a diverse array of ambient concerts, sonic explorations, high-energy DJ sets, radio broadcasts, panel discussions, film screenings and more.

Although the festival’s settings will be familiar—the first two days will be happening at venues alongside the IJ river, while the latter three will unfold in the tree-lined atmosphere of the Amsterdamse Bos—this ninth edition of Dekmantel features a refreshed look and elevated feel. Emphasizing color and movement, this year’s event marks a new era in the organisation’s history, reshaping not only how Dekmantel is presented online, but also the design and layout of the physical festival space.

At Dekmantel, boundaries are beside the point. Pushing the limits while celebrating the exceptional is the primary objective, and while that celebration routinely spotlights some of electronic music’s freshest faces, it also includes those pioneers and heavyweights whose work now resonates more loudly than ever before. Honoring the past while looking to the future, Dekmantel has curated a festival that’s not just a snapshot of electronic music’s most thrilling contemporary sounds, but a projection of where things look to be headed in the years to come.