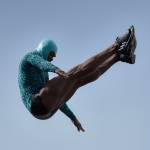 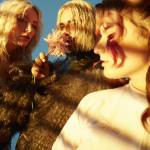 After a two-year halt, Dekmantel Festival returns this summer. The Amsterdam organization is delighted to reunite for their much anticipated new rendition of the five day event, taking place from August 3rd to August 7th, 2022. Spread out across two days along the IJ river and three days at their serene homebase of the Amsterdamse Bos, the festival features artists like Seun Kuti & Egypt 80 ft. Yasiin Bey, Batu, Juliana Huxtable, LSDXOXO, Gaussian Curve, Erika de Casier and SHERELLE. It comprises Dekmantel Festivals’s first new line-up since 2019 with a roster of artists that spans wider than ever — pushing innovative sounds and navigating the outer limits of their musical spectrum.

For this homecoming edition, the Dutch organization lands back at both of its familiar bases. Wednesday and Thursday are scattered across the banks of Amsterdam’s IJ river; with the Wednesday revolving around its revered concerts at Muziekgebouw, whereas Thursday unfurls into a myriad of live performances, talks and radio at Parallel (formerly known as Tolhuistuin), Bimhuis, Eye Filmmuseum and Shelter as well. The return to the luscious green surroundings of the Amsterdamse Bos, the festival’s center from Friday to Sunday, sees a broad range of stages: from its unbound Main Stage, the secluded Selectors and Greenhouse stages, to the vehement UFO stages and deep listening over at The Zone. New for this edition are the Connects stage, revolving around mostly local artists that are invaluable to Amsterdam’s thriving scene, as well as the launch of The Nest: an all-new stage that centers around bass-and-breaks-heavy club sounds from forward-pushing artists.

This wide-spanning approach brings 120+ artists to the Amsterdamse Bos and its satellite venues along the IJ river. Particular attention is lent to the further musical unfolding of the festival’s Wednesday and Thursday program, pushing its full potential by going further beyond the palette of sounds that makes up its Amsterdamse Bos counterpart. For the concerts on Wednesday, three special live performances are set to open the festival: Young Marco, Jonny Nash and ambient maestro Gigi Masin under their Gaussian Curve moniker, the mesmerizing Marry Lattimore and local hero upsammy in collaboration with Sjoerd Martens for a live and A/V show. Besides an
extensive program of panels, talks, workshops and films of which the details are kept under wraps for now, the Thursday along the IJ river covers live performances by Brazilian composer and multi-instrumentalist Hermeto Pascoal, the hi-tech ingenuity of Squarepusher, refreshing pop renegade Tirzah and burgeoning singer/producer KeiyaA. This day also features Eris Drew premiering her very first live performance, Danish pop singer Erika de Casier’s addictive touch of R&B, Hyperdub affiliate and one-of-a-kind artist Loraine James’s live show, and a fusion of electronic and classical
instrumentation by cktrl.