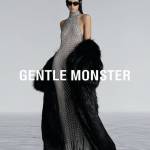 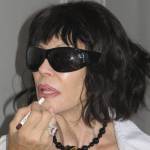 De School launches a concept and club night rooted in the sounds and expressions from the black and latinx LGBTQ+ scenes including ballroom and overlooked origins of clubbing culture. Along with the creative team, programmer Perry Gits aims to facilitate a space that highlights a broader sound within the electronic scene, both locally and internationally: “De Scorro was born out of an ongoing conversation that I have been having with my community, that many black artists are the origin of many electronic sounds but are not highlighted enough when you look at current line-ups for example. It even goes further when you see the lack of representation at the door, security, and population of people during a club night.”

De Scorro will explore why the underground/club scene has always been so important for groups that lack safety and representation including the queer and BIPOC communities: “Clubbing was and still is a place where we can eliminate individualism, focussing on coming together by sharing the same norms and values. This concept will aim to enlighten the club scene on where specific sounds come from and allow different scenes to claim spaces, who might not always feel that it did in fact originate from them.”

Inspirations including ballroom, Nyege Nyege festival, Dweller festival, X3, New world dysorder, For all Queens, Horst, Sable and Oroko Radio will inform the heart of De Scorro, making space for members of the ballroom scene and the LGBTQ+ community who are keen to get inspired or are curious about the different layers electronic music has to offer. Future events will include supportive programming including art, workshops and ballroom events running in different spaces throughout De School, as well as fundraising for initiatives that support the black trans community. The first event will be taking place on Saturday 3rd December with a line up including Br0nz3_G0dd3ss, Chima Hiro, DRKNGHTS, Theo Nasa, and Turkana from Antimass collective.

OUR NEW EXCLUSIVE EDITORIAL ‘THEY CALL ME THE QUEEN OF SOHO’