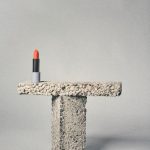 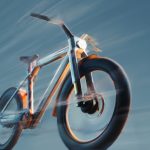 This season, adidas Spezial and C.P. Company join together to commemorate the 50th anniversary of the legendary Italian label. Finding a natural affinity in their audience, along with existing friendships and mutual admiration, the two brands have united in celebration of their respective design language and heritage. Leveraging their expertise to co-create a historic two piece capsule, the two brands lend their inimitable lenses to the Italia SPZL silhouette and a premium version of the iconic adidas Haslingden Jacket that has been reimagined alongside the C.P. Company design team. The capsule is brought to life with an evocative campaign fronted by Manchester United and England footballer Luke Shaw.

In honor of their anniversary and their national heritage, C.P. Company opted to subtly update a 50 year old version of the adidas Italia silhouette. Working closely with the Spezial team to examine and review various versions of the vintage Italia, other design features from shoes of a similar era – primarily an ultra rare pair of French made Rom – are incorporated to create the adidas Italia SPZL. The upper specifications of previous Italia reissues are reworked and the shoe is fabricated primarily in a white full grain leather with details in green and red. The stripes use plush green flocking with the toe guarded by an off-white overlay. Each shoe carries alternate branding from both brands between the gold foil print below the collar and the shiny green tongue patches popularised by a number of archival Made in France adidas models. The Spezial swing tag is executed in white leather and is embossed with the C.P. Company 'sailor' graphic. This timeless silhouette arrives packaged in a commemorative camouflage print box that connects it to the jacket and comes replete with an extra pair of outsoles and foxing which allow the owner to extend the life of these adidas classics.

Staying true to the inimitable identities of both brands, the celebratory capsule also includes the Haslingden Jacket. This new adidas icon is reworked in a 1970s Italian camouflage print and the design approach is a true meeting of both brands. Using 50 Fili, one of the most iconic C.P. Company proprietary fabric, replacing the hood with a classic C.P. Company design and adding a detachable liner, the jacket harmoniously blends elements of the DNA of both labels. Other details include an added sleeve zip pocket on the arm seam with a dual branded Mod Trefoil on the watch viewer lens. This striking piece of outerwear is a carefully considered example of elevated design expertise realized in a truly collaborative manner.

The launch of the collection is accompanied by a campaign film shot by long-time Spezial collaborators &SON, alongside stills from iconic music photographer Kevin Cummins – starring England and Manchester United footballer Luke Shaw.

A celebration of three icons of football culture – both on and off the pitch – the adidas Spezial by C.P. Company collaborative collection arrives in limited quantities on October 14th, and is available exclusively through 50.cpcompany.com, C.P. Company flagship stores and END. Clothing.

In conversation with Liene Drāzniece