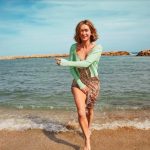 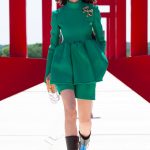 After 50 years, C.P. Company celebrates its history with a book: "C.P. Company 971 – 021. An informal history of Italian sportswear", curated by Lodovico Pignatti Morano and with photographs by Neil Bedford. The first monograph dedicated to the legendary clothing branded, the book traces C.P. Company history seen through the personal stories of 50 personalities strongly bonded with the brand. From the historical designers – such as Moreno Ferrari, Alessandro Pungetti and Paul Harvey – to Massimo Osti family and closest friends, until fans and collectors from across different generations and parts of the world.

It was 1971 when Massimo Osti, a young graphic designer from Bologna created his own label of t-shirts, Chester Perry. That moment gave birth to an amazing journey: he began to experiment with a new style of garments and new manufacturing processes, completely innovative in the textile industry.

This research brought him to give his collections a sort of “lived-in look”, with natural shades of colour, a unique comfort and functionality inspired by military uniforms and workwear, which would become the founding components of his success and a milestone for sportswear and "fashion" subcultures: from the Milanese paninari to British football casuals. C.P. Company created clothes that looked like they had been worn forever, that people had continued to use without ever throwing them away.

The volume wants also to function as a glossary of C.P. Company main design and manufacturing techniques, highlighting moments, technical innovations and fabrics which express the spirit of the brand and speak to its relevance in fashion system.

Distributed by IDEA BOOKS (https://www.ideanow.online), the book will be avaialble, from June 17th, on 50.cpcompany.com and in all C.P. Company flagship stores in Milan, Amsterdam, London, Seoul and Tokyo.

"Each and every one of these 50 is “self-styled”, that is to say they have independently chosen what to wear and how, almost always entirely from their own wardrobe.” (Lodovico Pignatti Morano)

"In military structure, a company consists of up to 250 soldiers, made up of between three to six platoons, each consisting of around 50 men. Therefore, what you will see within this book is represents just one platoon from C.P. Company. Freely recruited from various professions, they include window cleaners, rock stars, tattooists, stylists, entrepreneurs, graffiti artists, publishers, teachers, designers, H.R. managers, curators, shopkeepers, photographers, rappers, civil servants, film directors, and postmen.” (Andrew Groves)

“The ability to understand the present and interpret it…And in some way this is the meaning of this book: a gallery of portraits of real people, all very different from each other, some famous, some not, some young, some old, all united by their profound relationship to this brand. These are people for whom C.P. Company has represented something more than just a brand of clothing to wear; for them it has become an idea, something that has signaled important moments in their life, and with which they have created an empathetic relationship.” (Lorenzo Osti)

Zalando launches the Festival of Optimism