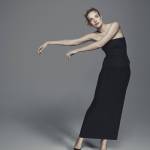 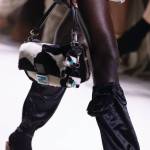 COURRÈGES HAS ONCE AGAIN CALLED ON THE BELGIAN ARCHITECT BERNARD DUBOIS

Located at North West Corner of Grand and Mercer Streets, this new store marks the brand’s return to the United States.

Since André and Coqueline Courrèges opened the fashion House in 1961, Courrèges has always been supported by the American press and buyers, who were the first to defend the revolutionary Courrèges’ style. In 1973, the first Courrèges boutique opened in Beverly Hills, California, and has been followed by many others across the US over the next decade, with New York beginning in 1974.

Today, for its return to New York and for the first time Downtown, Courrèges has once again called on the Belgian architect Bernard Dubois. This new store, located at 104 Grand Street, draws its inspiration from the codes established with Nicolas Di Felice for the historic flagship store Rue François Premier in Paris, which reopened in September 2020.

The New York store is divided into two spaces. Sharp geometric details in a white enveloping interior in the front, contrasting with the more subdued atmosphere of the all-mirrored fitting room area in the back. The mirrored ceilings dotted with club grade spotlights evoke a rave ambiance dear to Nicolas Di Felice, and respond to Courrèges’ emblematic white monochrome atmosphere.

Nicolas Di Felice, who has been named artistic director of Courrèges in September 2020, will present his fourth collection on September 28 during Paris Fashion Week.