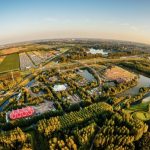 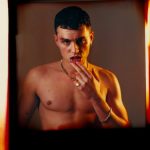 In conversation with Zion Moreno

Zion Moreno, an American actress of Mexican descent, made her acting debut in 2019 and was recently introduced to fans all over the world as one of the lead characters in the Netflix series, Control Z. Zion is one of the leading stars of the reboot of the highly popular TV show Gossip Girl, which is set to release in 2021 on HBO Max.

Tell our readers who you are in your own words.

I don’t think this sort of request can ever be answered entirely. But I’d say I was curious. Easily uninspired but just as randomly, immensely in awe of life. Equally confused by it. A person who’s trying their best.

What is your first memory of acting?

Whenever in my childhood when I would coerce my mom into buying me junk food.

Among all the roles you have played so far, which one embodies your personality the most?

In a lot of ways, they all have. I have yet to play someone who was similar enough to me as to stand out. Which I think is rather a good thing. I tend to learn a great deal about myself through each of them.

What gives you confidence?

Community. Knowledge. Love. Not to sound like one of those live love laugh frames, but it's true.

Who is the one voice that has inspired you the most in your personal life and your career?

I’m simply unable to name just one. My mother, of course. She's amazing in every way. I’ve also been incredibly lucky to have found many beautiful souls along the way who have taught me an idiosyncratic understanding of life. People are everything to one another. We will always continue to connect and when that occurs, it’s simply magical.

What is the most daring thing you did recently and tell us something that is not on your resume?

I’ve moved to NYC. Accepting the uncertainty of my life and reveling in it.

What is your personal motto?

I’m not sure I have one. The more sleep, the better? Totally wing it but totally prepare whilst making it look like you’re winging it?

What are your upcoming projects for this year?

I think you all think I’m cooler than I actually am. Gossip Girl obviously, which has already changed my life in tremendous ways. I also have a little guest star role in Claws. Other than that, just writing and shooting. Which is such a blessing.

Why acting? What inspired you to embark on a career in this industry?

I have always been enamored by cinema. It has been such a defining presence in my life. Always saw myself as an admiring spectator, not so much an active participant in creating it. When I found out people wanted me in their productions, my perspective shifted entirely and I realized I could belong in this world. Nothing has ever been more fulfilling. I ultimately want to continue creating art, writing my own stories, making my own films. Inspiring others to do the same.

What is your work of art about and what does it mean to you?

My work of art? It is very much a work in progress. Come back to me in a couple of years and we'll talk. I will say it means everything to me.

With work you have traveled a lot. What are some of the favourite places you have seen and been to so far and why?

I love Mexico City so much. It’s vibrant and palpable. Although never having filmed in Montréal, I do adore this city too. It's free and cool, exciting, creative. I have also traveled to Budapest for work and that was so overwhelmingly beautiful, an experience that I often find myself forgetting about. Does that ever happen to anyone else? Also I love Europe in general, how could I not. Am dying to go everywhere.

What is your biggest outtake and lesson from last year?

Probably that time is not on your side. I have learned that we are everything to each other. To care for others as tenderly and be as welcoming as possible.

The theme of our Spring & Summer season is ELEMENTS and it is about sustainability, nature. Tell us about your perspective on sustainability and environment.

I believe sustainability is the most thoughtful gesture one can enact. I love thrifting clothes and donating or recycling old pieces. Fast fashion can be quite detrimental. Recycling as much as I can, ideally everything that is recyclable, doesn't take that much of a concerted effort and makes a considerable difference in the environment. Also kind of random but still in theme, I love plants so much and try to keep as many around as I can.

Tell us about your new role on the reboot of Gossip Girl.

Luna! She's fun to play. I can tell you she is a stylist originally from Mexico City and lives alone in New York while her parents make movies around the world. She also wears really really cool clothes.

We have heard that you are also a poet. Tell our readers more about your poems and what inspired you to start writing?

I wouldn't go as far as to call myself a poet, but I do enjoy partaking in writing a poem or two. I never feel more alive than when I write. It reminds me of the splendor of life. All of the stories, feelings crafted from your past, from the imaginings of your future, and the revelations of the present.  It's cool.

You started your career in NYC as a model. How did that evolve to acting and what are some of your modeling highlights so far?

I did, but I wasn't very successful. I also skipped many castings. My heart just was not in it, but through the contacts I made in that world, I started hearing about auditions and as soon as I booked my first job, I finally knew that I had found something that fed my soul. Now, when I get the opportunity to “model”, I appreciate it a lot more mostly because I get to shoot for rad publications like Numero. So yeah, modeling highlight right there.

Look up to others but don't lose yourself in the image of who you think they might be. I also understand what it is like to be othered, which I think many of us can relate to. So, I would say I hope you can find the understanding that your dreams are valid and that your people and success are waiting for you out there. Remember to listen to others, grow from one another, care for each other and love yourself. You can do it, I believe in you.

I conversation with Jill van Raan

In conversation with Aron Piper