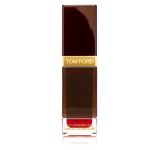 In conversation with W&W

We had a pleasure speaking with Willem & Ward – W&W about their new single "Skydance" and new projects they are worknig on.

Thanks for taking the time to chat with us today. First of all, for those of our readers who aren’t yet familiar with you, could you introduce yourselves?

We are Willem and Ward, both 32 years old and born in The Netherlands. Together we produce and play electronic music under the name W&W, we also have an alias called NWYR. We run a record label and clothing line both named Rave Culture and we also do events under that same name.

You’ve been in the electronic dance music scene for well over a decade, how did your journey in the industry as a duo start?

We started out as just being friends, then started making music together which was more trance orientated. We always loved all different styles so we kept implementing more and more of that until the blend of sounds createdwhatwe have now.

Do you have any distinct musical memories from childhood that have shaped you as artists?

Willem: I remember hearing Alice Deejay – Better Off Alone on the radio and was like “wow what is this kind of music?” That was definitely a moment that made me get into electronic music.

Ward: I went to a theatre with my mom when I was 11 and saw a DJ play with vinyl. It looked so cool to me, I instantly wanted to know what that was exactly and how to do it!

Have you always championed the Big Room sound or has your style developed through the years?

We feel our sound has always been developing. We are always on the look for new sounds and techniques to implement in our music. We love the energetic feeling from BigRoom but also love the melodies from trance and hardstyle, as well as the rhythm in Latin orientated music etc.

What are some of the highlights of your career to date?

In2019, when we last played Tomorrowland was really insane. We had the sunset time on the Main Stage and it was really magical. That was certainly a show we’ll never forget and are super proud of!

Your new single ‘Skydance’ has just dropped, how long did it take to produce and how was it to work alongside AXMO again?

Working with AXMO is always great. The guys are super talented, motivated and also great people. Skydance took around half a year to finish, going back and forward between us.

What’s the story behind the single?

AXMO came up with the melody and a setup, we loved it! We worked on it some more, writing new melodies for it, making vocal chops etc. Then we needed a singer for it and Giin(who we also did our song ‘Long Way Down’with) was really an easy choice for us, she has a super amazing voice!

You’ve been revolutionising the livestream space over the past year with your extended reality streams, the most recent of which showcased the world’s first XR nightclub – Club Mythic – how long did it take to bring your digital realm Rave Culture City to life and is it as you imagined?

It took quite a while todevelopthe idea and actually have all the visuals created, but after 20XX we kind of had the blueprint which made it a bit easier for Rave Culture Live 001. But it turned out even better than we hoped, really unique and super futuristic! We wanted to capture the club feeling for everyone still at home and we think we accomplished that.

Is the Rave Culture Live series a concept you’d like to continue with once clubs and festivals reopen?

Yes for sure! It’s a great way of showing new music and interactingwith people! Also, wewill not be the only DJ’s to be playing at Club Mythic 🙂

What’s next on the agenda for your label Rave Culture?

We have a whole lot of great tunes coming up on Rave Culture! Everyone on the label is so productive. It’s really hard to pick the best tracks from everyone, as they make a great track every week!

Do you have any shows to look forward to? What have you missed most about performing live?

There are some things planned in the summer which we’re really excited for! The last real show that we played was in December 2020 in Thailand, where we did a Rave Culture event there. We really miss performing live a lot!

There are a few tracks that always do really well in our sets, for instance the Crowd Control moment is always huge, as well as one of our favorites ‘God is a Girl’.

What advice would you give to aspiring producers or DJs who are just starting their musical career?

Start with trying to remake existing music to the best of your ability to improve your skills, then progress into developing your own style. Do a lot of research, practice a lot, fail a lot and you will make it!