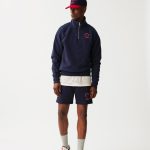 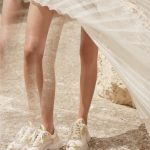 We had a pleasure interviewing an incredibly talented artist WIWEK.

Born in Utrecht, Indian parents, son of a musician. What was it like, growing up in The Netherlands and when did your musical journey start? Most importantly, who or what inspired you to make music?

I loved growing up here, I grew up with 2 brothers and 2 sisters so it’s been a wild ride haha. My musical journey started around the age of 11. My father bought a playstation game for my brothers for Christmas called ‘music 2000’. I ended up playing it the most at a certain point.

My inspiration came from hearing electronic music for the first time on the radio. Trance became really big early 2000 and I remember hearing a DJ set from Tiesto and it was as u can say a very magical revelation to me. From that day I knew what I was going to be when I grew up.

You are known as the godfather of jungle terror. Can you explain what it is and its origins?

It started as a way to explain to my friends what I was making, because there was no other way how I could explain it, I felt. I then inserted it as a genre on soundcloud for the music I uploaded. I think when I released the Jungle Terror EP’s it really catched on and it became a definition.

How do you approach music production? What type of musical gear do you use?

For me the bass is very important. When the bass is right where I want it everything else kind of flows with it. I mostly use software and samples. My favorites at the moment are the ones where they sample a certain percussion in all the hits possible and you can create your own percussion pattern like it’s played live.

Where do you usually get your music samples?

Basically on all the major sample website platforms like Splice and Loopmasters. Occasionally I record own stuff as well.

You have collaborated with artists like Skrillex, Yellow Claw and Marshmello. How would you describe working with them?

I would say one thing they all had in common is that they worked very fast and instinctively. When something is cool it is cool and you do not change it 200x times. Something I can learn from them because I tend to do that on solo productions.

Your latest EP Time Machine Drums embodies many different percussive and melodic elements, what was the creative process like?

It all started with rhythms I heard in my head. From those rhythms I created an environment that seemed fitting for this. I spend a lot of time trying to find the right percussive sounds for what I wanted to express.

Your most recent debut album Cycles was released on March 8 2019in your label Maha Vana . What does it mean and why did you decide to name it like that? Are there any new releases coming out via Maha Vana?

For me life on micro and macro level is a constant cycle. There is always construction after deconstruction, there is always life after death, I even believe that the whole universe constantly implodes and explodes which results in an infinite cycle of everything.  This also implies on my creativity, sometimes I like to make melodic music, sometimes very dark and clubby. My creativity is a constant cycle and this album represents that. I have some stuff lined up for Maha Vana. The Cycles remix EP is coming up and I am working on a new project that involves dancefloor minded songs, something different then the Cycles album.

The Free and Rebellious EP was used as the soundtrack and score to the short film Still in the Cage, filmed in Bangkok, Thailand, written and directed by Canadian filmmaker Jodeb and produced by yourself and Skrillex. How would you describe the overall experience of writing songs and producing a film? What was the most challenging and fun part about it? Did you make the music first or the other way around?

This was huge for me, I remember when I signed with OWSLA they mentioned to me they wanted a huge visual thing around my music. I did not realize it would become a really cool short film. I made the music first and after they wrote the script and visual concept. For me the most challenging part was the music. The filmmaking process was mostly Jodeb his area of work, together with his team. OWSLA did a huge screening at the ACE hotel LA. That was such an amazing experience to hear the music and see the movie in a theatre.

Any new updates or upcoming projects?

So the Cycles remix EP is coming up. I have played a few of them already in my latest mix for Axtone house.  Next to that I am working on alot of dancefloor oriented tracks so I can have a nice fresh start when the world opens up again and I can start touring.

What is your personal style and how do you express yourself through fashion? What role does sustainability play in your choice of fashion?

My personal style is always depending on my mood but mostly it is comfort minded with a certain accessory. Because I like my mood to be comfortable in whatever situation and the accessory stance for the playfulness of how I try to experience life.

Sustainability has not played a big part of my choice yet but my sister just started a vintage Indian clothing company in which she revamps existing items with subtle changes. I’ll be getting more into it now.

What gets you up in the morning? What is your morning routine?

Right now what gets me up in the morning is a new day of creating in the studio. My standard morning routine consists of doing a cold shower, meditation and drinking a fresh smoothie. That gets me very pumped up for a nice studio day. Since I don’t travel for shows now and I am not constantly tortured by jetlag’s this has been very ideal for me for studio life, especially when I add a nice workout and breathing exercises to it.

What is your greatest source of inspiration in life? In work?

Life and work are not really separate concepts for me. Maybe because I do not see my work as an obligation. My greatest inspiration is peace. When I have peace of mind I become a beacon of creation. So my whole life is designed to be in this state. Not saying I am trying to avoid the pains and downs of life, but understanding that this is part of the whole.

Back in Trend the New Balance 550