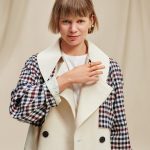 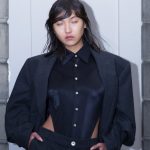 In conversation with Tommy Hilfiger

Tommy Hilfiger is one of the biggest names in the fashion industry and after 35 years in the business it is not slowing down a bit. The brand is celebrating its milestone – 35th anniversary – by refining retro inspired silhouettes for Spring 2020, based on its nautical roots with a modern twist. The classic red, white and blue colors are being reimagined, bolder. Tommy never dissapoints with amazing collaborations like with Lewis Hamilton this year.

You previously co-founded a chain of jeans stores, called »People's Place« in New York. How did the idea to have your own fashion brand develop after that?

Well, I had my stores, I was very connected to the customer and I was very aware of what the customers' needs and desires were. So I knew they wanted real hippy style fashion. It was 1970 when I first came to that idea. And this is when all the rock groups were coming to America, like The Rolling Stones and the WHO. Jimmy Hendricks was already there with Janis Joplin and Grateful Dead. I mean, this whole rock phenomenon was surfacing and there were certain rock stars who really looked amazing and I thought I should start designing clothes and jeans especially that were really rock style. And so I started sketching and had them made, I put them in my stores and found that people love them. So I thought maybe someday I'm gonna build a brand.

At first you designed only menswear and later expanded to women's fashion. Which fashion excites you more to create, men's or women's?

Well, there are barriers with men's still. With women's there are no barriers. But I like both, I can't say that I like one better. Now for the first time, men are becoming much more daring, experimental and a fashion oriented.

How would you describe the evolution of Tommy Hilfiger's style through the years, all the way back from the beginning of the brand until today?

It started out very preppy and then went to street hip hop. We were the first real brand to do street in a very hip hop, I would say cool way. And then it became much more sporty and then came back to preppy and then evolved with a combination of street and prep and sport and more sophistication, which is where we are today.

This year marks the 35th anniversary of your brand. Did you ever anticipate such a success? Not only in the US, but also internationally?

I thought we'd be successful, but never thought I would be on this level of success.

As such big milestones usually call for celebration, what are the projects you are marking the 35th anniversary with?

From art to music to fashion, I have always believed in classics that can withstand the test of time. TOMMY ICONS embodies this philosophy by curating truly timeless styles – like collector’s pieces for the fashion-forward woman of today and tomorrow. International supermodels Winnie Harlow, Candice Swanepoel and Hannah Ferguson embody the qualities of drive, passion and optimism that are shared by today’s Tommy fan. The campaign is about empowering consumers to confidently embrace their individual style by dressing with a Tommy-twist, using fashion to express themselves. Heritage elements are uniquely combined, as seen in the recurring ICONS flag graphic, Breton stripes and crested buttons. The classic Tommy Hilfiger red, white and blue color palette runs throughout the line and is reimagined in bold color-blocking.

Can you also tell us a little bit more about the inspiration behind the creation of these, 70s inspired collaborations?

Well, it was 70s inspired, but not early 70s. Early 70s was more of the Hippie rock style. Late 70s was when studio 54 was going on and Charlie's Angels and a lot of Hollywood stars who were beginning to wear their 70s look, which was different than the earlier Hippie rock style. So, that was really the inspiration.

The Spring 2019 collection Tommy x Zendaya was presented during Paris Fashion month last spring and it was something special, including women of different ages and sizes. What's your take on this runway show, that was totally different from what the audience is used to?

It was incredibly inclusive, it was disco fueled. It was more dressed up than we'd ever done before. Usually we do a lot of casual. The casual part of the Tommy x Zendaya collection was denim and T-shirts and the T-shirts were done with astrology prints, which we then put into silk and did all over prints. But the jeans were super high waisted and really, really wide leg, which I love.

There was also the second installment of your collaboration with Zendaya, the Tommy x Zendaya Fall 2019 collection. This fashion show was an epic one. How would you describe it in your own words?

We did the cinematic inspired Tommy x Zendaya Fall 2019 show in New York at the Apollo Theater in Harlem, which was amazing. It was held outside the theater on the streets of New York, which we closed for the show and the models walked the runway between the classic vintage cars. We had artists from Harlem's Mama Foundation for the Arts performing throwback hits.

Which trends do you see coming back into fashion and where do you see the future of fashion developing?

I see the future as being very sustainable. We are completely on top of that. As a matter of fact, we plan to be fully sustainable in a very short amount of time. So we're doing that with jeans, with sport, with all the different fabrics. And I think that the fashion will continue to evolve, but we really will always stay close to our DNA. But evolving the look to become relevant for today, which is something Karl Lagerfeld taught me. When I met Karl and spent time with him, I asked him what made Chanel so successful. And he said it was very easy. He said: »I went back to Chanel, Coco Chanel's archive and then made everything relevant for today«. So I keep going back to my archive with my design team, looking at what we've done in the past. Like for the denim, for Tommy Jeans, where a military nautical and very utilitarian is something that is always there, but not pronounced. So we wanted to pronounce it and make it strong again. We've always stood for color, so this spring we're doing color  galore, like huge amounts of color. And there are details that we focus on to make every single design better. We're always focusing on making better quality, better fit, better detail, but keeping close to the DNA the same time.

For Spring 2020 you launched the new capsule collection Tommx x Lewis. Can you tell us more about it and how it is like collaborating with Lewis Hamilton?

Our fourth collaborative collection truly celebrates inclusivity. For Spring 2020, Lewis and I focused on creating a collection that can be styled for everyone and keeps sustainability front of mind. We wanted to think beyond the season and about the future. It has been amazing to watch Lewis push the boundaries as a designer during the last four seasons, and we're really proud of what we accomplished with our latest collection. Working with Lewis, I love the fresh perspective he brings to the design process. As a dedicated athlete, inclusivity champion and street style icon, Lewis helps us reach new fans and tell our brand's story through a unique lens.

A Collaborative Approach. Zalando on Sustainability.