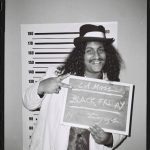 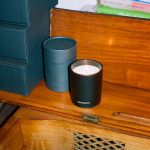 In conversation with Taylor Zakhar Perez

Taylor Zakhar Perez was introduced to fans in Netflix's sequel ”The Kissing Booth 2” this summer as Marco, the most notable role of his career to date. Thanks to his singing and dancing skills, his social media exploded after the movie first came out. But acting is not all there is about him.

Taylor, you studied music theater before your acting career. How did your switch from theater to TV and film happen?

The natural progression of an actor/artist is working your way through different performance formats and learning about all the pieces of the puzzle…from stage to screen and even prop styling to producing.  To me, Los Angeles was the end goal and I was lucky enough to have a casting director refer me to a few acting studios to make the transition.

You have 7 siblings. What would you say is the most valuable thing you've learned growing up in such a big family?

First let me say that if you didn't grow up with brothers and sisters, you missed out. Even though they aggravate, antagonize and sometimes leave scars on your body, I wouldn't be who I am today without them. You learn patience, compassion and ultimately how to function in the world with all the personalities out there. I was lucky, my family prepared me for a lot of the curveballs in life and I developed a really good sense of humor.

Your background is of strong importance to you, it also impacted your major while studying. What made you so eager to study Spanish, Culture and Community?

College was a weird space, I had two majors, one minorand no friends. I took 25 units a quarter and my teachers thought I was a pain in the ass, but isn't everyone at that age? The outreach aspect intrigued me most on this particular major, I wanted to be of service in the underserved communities. I worked with an NGO that helped DREAMERS prep and apply to universities because it was sort of their only hope for success in higher education.

What is your goal you want to achieve in your acting career?

Just one? I have so many. My primary goal is to maintain my sense of selfand remember where I come from. That being said, I want to do everything from jumping out of helicopter action roles to pee your pants high-stakes comedies, but also diving into dark indie films that shed light on the unthinkable things that happen in this world. My goal is to be limitless; produce my own projects, bring my screenplays and ideas to life, and say yes to the right collaborations. So often we are forced to assimilate to what ”they” want us to be, but that's not me and it never will be.

When you auditioned for ”The Kissing Booth 2”, you didn't know what were you auditioning for. How did the role of Marco Pena change your life and what is the best thing about being part of this film?

Marco Peña sort of broke the internet when we premiered, it was madness. My Instagramgained millions of followers overnight and my face was everywhere. I am incredibly grateful for my costars that went through this a couple years back and they sort of helped me adapt to it. The best part of the whole experience has been the support from our director Vince Marcello, his attention to detail and specificity leveled me up as an artist and made set a safe place for us to be vulnerable. Also Joey, she just raised the bar and made me want to be better everyday.

How do you feel about your impending stardom status? Is it weird having so many fans all of a sudden following you on social media and trying to get in contact with you?

If fans text me, I'll hit them back. Sometimes I spend an hour just chatting with fans,getting to know them and get their take on life, love, whatever. Technology is cool, man. As for the “impending stardom” … well, I think actualstardom is contingent on the next projects I choose. I can choose to be a one-trick pony or pivot into something more dramatic or action heavy. The choice is obvious and I'm all in.

You are very much into charitable work. What makes charity so important for you and do you support any specific charity organization or cause? Tell us more about about this part of your life.

My mom and dad come from humble beginnings and they've always made a point to tell us how privileged we were growing up. No joke, any time we were ungrateful,it turned into an hour lecture which ultimately turned into some kind of house/yard work.  I don't have one organization that I exclusively work with, but I have some family members with disabilities and I try to gear my outreach toward non-profits that support research or directly aid in a child's development (e.g. education, familial assistance, etc.);anything that can take the stress off of the working parents.

We know you love to travel, but this is heavily restricted at the moment. How did you spend your time during quarantine, besides riding your motorcycle?

Giving up traveling for a moment was tough, but it's for the greater good and I am all for that. I was able to finish a film I wrote, start working on another, collaborate with friends, get back on the piano and was able to take a step back and assess what my next move as an actor is. This “overnight” meteoric rise during a lockdown was like nothing I ever expected, but it allowed me to weigh the importance of everything in my life and have major clarity. Oh, and the dog, can't forget spending time with the dog.

You said you would love to produce your own projects, bring your ideas to life. You also just finished a film you wrote. How did your interest in production and screenplays spark? Tell us more about this finished project that you wrote.

I've been behind the scenes for many years working art department, bringing projects into production, casting and coordinating, etc. So for me, as I was pursuing a career in front of the camera,it only made sense to keep building my behind the camera knowledge as well. It also helped that I was at UCLA, which has a great TV & Film department, so I was able to take what I learned there and apply it to today. The screenplay I just finished follows a young man that has strayed so far away from his true north that it takes destruction, reconciliation and death to reset him and his place in the world.

It was announced we'll be seeing more of you and your friends next year in ”The Kissing Booth 3”. Obviously, you're team Marco. What can you tease for us about the third installment of the movie?

Are you trying to get me killed? This is some top-secret vault intel you are asking for. What I CAN tell you is that the third film will make you feel some type of way, it's an emotional satisfying  culmination of a coming of age story. As with many film franchises (with heart),the final one is always about what these characters have learned since the beginning of their journey and I think everyone will be empowered after watching it.

For the full story and editorial, get your copy at: https://www.boutiquemags.com