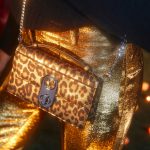 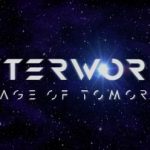 In conversation with Sydney Sweeney

Sydney Sweeney is most recently known for portraying Cassie Howard in HBO's hit series ”Euphoria”, which follows a group of high school students through their experiences with friendships, love, sex, drugs, identity and trauma. Despite being only 23, her acting credits list is quite extensive. You've seen her before, as a guest star in the popular shows such as Grey's Anatomy and Pretty Little Liars and in Academy Award nominated Best Picture ”Once Upon a Time in Hollywood”.

Sydney, you prepared a business plan for your parents to convince them that acting is something you really want. When did you know you wanted a career in acting and how did you come up with the idea of a business plan?

I knew I wanted a career in acting the moment I found out that it was actually a possible career choice, definitely not an easy one though. I don't think I truly understood what it all meant when I was younger, or how tough and big the industry really is, but I knew that I wanted to be different people and explore different emotions. And I knew the only way for my parents to take me seriously as an 11-year old was to try and communicate on their level. So I ended up putting together a five year business plan proposal of what could happen if they let me try auditioning.

Before your role in Euphoria, you appeared in guest roles in TV shows such as Grey's Anatomy, Pretty Little Liars, 90210, Criminal Minds and Heroes. How did it feel to be on set of these popular TV productions? Did you ever wish to have more than just a guest role on any of these shows?

I was always so grateful for every role. They paid for my gas and food through high school. Everyone has to start somewhere, and I didn't come to LA with any connections. You get told "no" so many times, so even when I got small guest roles on these shows I was so excited. Of course I always wished that I could be that series regular or recurring star on the shows. I questioned myself a lot when I wasn't and felt like I was letting my parents down.

In 2018 you landed a recurring role in ”The Handmaid's Tale”, a series that won 8 Emmy Awards out of 13 nominations and won the Golden Globe Award for Best Drama TV Series. The show revolves around the totalitarian society subjecting fertile women, called ”Handmaids”, into child-bearing slavery during the Second American Civil War. How would you describe your experience playing Eden in this series?

I learned so much on that set and built incredible friendships with the talented cast and crew. I hold Eden so close and dear to my heart. She was a gift to play.

Well, 2018 was definitely the year when your career was starting to really bloom. You got the role in Quentin Tarantino's film ”Once Upon a Time in Hollywood”, starring alongside some of the biggest names in the industry, such as Brad Pitt, Leonardo DiCaprio and Margot Robbie. How did it feel to be a part of this famous cast and a film that won many awards and was even nominated for the Best Picture at the Academy Awards?

Pretty speechless! I mean, I got to work with many people who were on my dream board all on one project. It was so overwhelming and I'm such a dork, so I was geeking out the whole time, but trying to stay serious. It felt pretty amazing to be a part of it.

Your career is really on fire right now. Which was your favorite role you've played so far and why particularly this role? And what kind of a role that you haven't played yet, would you most like to do?

I really can't answer what character has been my favorite, they're all so different and mean so much to me in different ways that it's hard to pick. I've learned so much about myself and others through each of my characters. But there are for sure other roles that I'd like to challenge myself with. I've been wanting to do a film that uses my MMA skills, so maybe a fighting or spy type film. But I do tend to find myself drawn to unexpected roles, so we'll see what's next.

Tell us more about how you prepare for your roles? Do you have some special routine for this?

I've talked about this a little, about my books I build for my characters. I like to build my characters' life like a scrapbook/journal so they feel like a whole person and I know them more intimately.

In the beginning of the year, you were announced as an ambassador of ”Savage x Fenty”, Rihanna's lingerie brand. Is fashion something we might see you do more after this?

Fashion is something I'm learning as I grow in the industry. I didn't have the means when I was young to afford the highest fashion, I made do with what I had, so I never really knew what my style or what fashion really was. These past few years I have definitely fallen in love with the artistic freedom fashion gives you to express yourself. Working with Savage x Fenty I've learned to feel more confident with myself, and so if I could build something that makes others feel free and confident I'd love to expand into that.

”Euphoria” has received many award nominations and has been renewed for a second season, which you were due to start filming earlier this year, but due to the situation we're currently in, fans will have to wait a bit longer to see it back on their screens. Would you say that there are any similarities between yourself and your character Cassie?

I definitely relate to Cassie on a deep level. We've gone through some similar scenarios and just being a young girl I think anyone can relate to wanting to be loved and not alone.

How have you spent the quarantine besides being an honorable student of entrepreneurship? What are your hobbies? Have you formed a deeper bond with Zendaya, Hunter Schafer, Jacob Elordi and the rest of ”Euphoria” cast and were you guys in regular contact during this hiatus?

I've been able to work out more regularly which has been nice and spending a LOT of quality time with my dog, Tank. I've started painting and reading a lot. But mainly focusing on building my company Fifty-Fifty Films. It's thankfully kept me busy these past months. As for the cast, we've all been quarantining safely, but we would have zoom game nights which were a lot of fun.

You've launched your own production company, ”Fifty-Fifty Films” and have your first project set up. In the upcoming TV series ”The Players Table”, which is an adaption of the novel They Wish They Were Us, you will not only star but will also be the executive producer. Tell us a little bit more about this project. How did you decide to have your own production company?

Once I started learning more about the industry and all the different building blocks inside it, I knew I wanted to be a part of that building process and be more than just an actress. I've always been drawn to the business side of conversations, so when I talked to my team about it they were really supportive and we came up with a plan. I wanted to find my own properties to create, so my agency started sending me books that were available to be produced. I read They Wish They Were Us aka “The Player's Table” about a year ago and half way through I  knew I wanted it. I was drawn to Jill, the mystery, the diverse ensemble cast, and social themes that could be explored within it.

What can you tell us about your good relationship with the talented photographer, Damon Baker. How did you two meet? What is the most special thing about his art, that connects you with him so much?

Damon is such a special soul. His art is so emotional and poetic. He conveys so much in one shot. We met doing a spec shoot and worked so beautifully together. He makes me feel confident and guides me with each shot. I'm usually really awkward and nervous during photo shoots, but with him that goes away.

TO VIEW THE FULL EDITORIAL AND INTERVIEW, VISIT  https://www.boutiquemags.com and order a copy of our new issue directly.