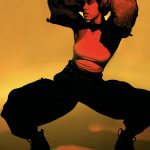 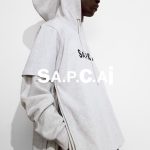 In conversation with Sergiño Dest

The Nike Underwear collection for Spring’21 has been designed to keep you comfortable, confident and ready for wherever the day takes you. The new men’s collection uses innovative Nike Dri-FIT technology, to provide maximum comfort for all for aspects of your day, whether that’s relaxing at home or training for the next big game.

The collection includes the Nike Essential Micro, made from smooth, stretch microfiber for ease of movement, perfect for everyday wear.

We had a great time speaking to him about the campaign.

Congratulations on becoming the face of Nike’s new underwear. It must be quite exciting, especially following in the footsteps of Marcus Rashford.

Talk us through the Nike Underwear photoshoot. How was that for you?

It was really good. At first, they talked me through a video of how they wanted it to be and I really liked it. They came out to Barcelona and we managed to shoot the campaign in around three or four hours. I think it went really well and so, for me, it was a nice start to doing something new.

Your first footballing move was to Ajax, aged 11. Tell us a bit more about that and how exciting it was for you.

I lived about 20km away from Ajax. It was really nice when they wanted me. I was at school and around the age of 10 or something. I just remember my mother telling me the news. She told me I could go to Ajax. But when I had my first trial in the first year, they didn’t pick me. After that year, I got one more trial. That went well and they did pick me. So from the age of 11 until last year I played there. It was such a good experience at Ajax. It will always be a part of my heart because I played there for such a long time, for half of my life so far. And I’m thankful for that. I’m still looking out for their results. They’re doing great right now. They are first in the league and they just beat Lille twice in the Europa League. They’re doing good.

Moving to Barcelona last year was your first big transfer move in your football career. To leave Ajax, where you had spent your entire career before now, must have been a massive decision to make – especially, during the Lockdown era.

Yes. It was not easy, of course. I miss Holland sometimes. But Barcelona is also a great city. So, I feel good over here. There are still a lot of things for me to see here in Barcelona, of course, because of the whole Covid situation. But even then I still really like it here. I’ve heard from people that once this whole situation is over, or begins to return to normal again, then Barcelona is a completely different city. So, for me right now, I’m just focusing on training. Then maybe for the rest of the day, I may go to the supermarket or go to eat something. So, it hasn’t been too difficult to adjust here in Barcelona because it is just part of the same lifestyle.

This Nike Underwear campaign is about ‘Your First Move’. So, what is Your First Move to kickstart the day – and how does the rest of it typically go down?

Well, I just wake up and get out of bed! On my average day, I’ll get up. Then, I brush my teeth, have a shower and go to the Club (FC Barcelona). I eat my breakfast at the Club and then do some preparation before the training. Then, I’ll train and after that it is lunch. You can take the food back to your house. Sometimes I’ll do that but most times I will eat there. After that, basically I have the whole day off. And that feels good! We have a lot of games and mentally, as well as physically, you do need to have a rest because nobody can focus 24/7. That’s really hard. So when we are done with training, for the rest of the day I like to be able to chill in my house, watching movies. But I also have to do a lot of things too. Sometimes I cook by myself, plus I have to do the washing and everything else. So it’s not always chilled. But I always have a little bit of time for myself during the day to do what I want to do, like watching a movie or playing on the PlayStation for a bit. And that is basically my day.

That 'rest and recovery' element must be so important as a footballer, particularly this season where the calendar has been so congested with back-to-back games. Has that been difficult to adjust to?

Everybody wants to play a lot of games. You can develop really well by doing that, so that is good. But right now, the focus level has to be really high because you have to play a game, recover and then prepare for the next game. It can be hard. But, ultimately, we are all glad that we can play Soccer again. And that is great for the supporters too. Unfortunately, they can’t come to the stadium right now. But they do have a lot of games on TV to watch.

The new Nike Underwear promises to be groundbreaking in the fashion arena. So, tell us more about your dress style and what you like to wear?

It depends really. Right now, I’m not going out and I’m not going out for dinner. So, I’m just at home or going to the supermarket or training. Basically that means I’m just wearing Nike clothes most! Like hoodies, Nike Tech fleece etc. If I’m really going, then I like to wear stuff like jeans or things like that. Right now, it’s all relative to sport – and it is more comfortable.

What makes you happy?

It makes me happy when other people are happy, especially those who are close to me – like if they are doing well with their jobs and stuff. For me, that always makes me happy. I don’t need a lot to be happy, you know.

What was the last film you watched on Netflix?

The last film I watched? Ah, that was yesterday. It’s called, ‘Get Out’. You know that one? It’s on Netflix [starring Daniel Kaluuya and Allison Williams]. It’s a bit of a horror, thriller, kind of film. It’s a little bit scary, to be honest!

Our digital cover star for March is Herizen