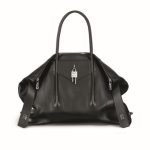 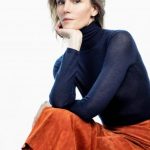 In conversation with Schilo van Coevorden

Just around the corner from the hotel in Amsterdam, is where Schilo van Coevorden has his roots. Asia, however, has his heart. As a chef, with classical French education, Schilo was very early on triggered by the exotic flavours and textures of the Far East. Using Taiko and Tunes Bar as the canvas on which he can exhibit his creativity, Schilo and his team of professionals from, among others, China and Japan, monitors authenticity putting creativity first, always. Products must be fresh, flavours can be explosive. With the intense passion of a pure artist, he determines the pace in which his team ensures a unique experience for their guests night after night. This, without a doubt, makes Taiko the restaurant for modern Asian cuisine in Amsterdam.

We had a great time speaking with Schilo about their new opening in Dubai as well as the current situation and inspirations behind their incredible dishes.

You are now opening a new Taiko in Dubai. Can you tell our readers more about the new opening?

During my time spent in Dubai previously, a Bedouin told me an old saying, “If you eat the head of the helwayoo (the best local fish), you will always return back to Dubai.” After more than twenty years, I’m excited to be returning to a city that has played such an important part in my career.”

In this time where local is more important than ever, we found an excellent sustainable fish via Kingfish Zeeland. Dutch Yellowtail, as it was named by Kingfish Zeeland, is a delicious high-grade fish, well known by Japanese Sushi Masterchefs across Europe. It is respected for its hearty texture, luscious flavour and the outstanding farming practices that bring it to life. A fish like no other, raised from egg to plate, in the Netherlands, without the use of any antibiotics.

How are you dealing with and adapting to the current world situation? You are also doing a delivery service, can you tell us more about the menu and process of ordering?

Since October we’re doing a delivery service as well. We collaborated with the delivery partner ‘Thuis uit Eten’. This platform creates unforgettable moments right at your dinner table by delivering the best dishes in style. People can order via www.thuisuiteten.nl/taiko before 6 p.m. to enjoy their Taiko dinner the next day. Next to a four course menu, Taiko nigiri and sushi boxes we also serve Taiko Bar cocktails which you only have to shake and pour over ice.

What inspired you to become a chef? Did you always envision becoming a chef, already as a kid?

Growing up in a family that bonded over their shared love for food, Schilo van Coevorden’s career as a chef was a natural step, one that his father had, too, once dreamed of taking. “I’m doing the job my father wanted to do; in the end, he went on to be something else, but food was always very important in my family. He always wanted to be a chef but never made it himself, doing other things instead, so my parents really pushed me to succeed. They took me to all the best restaurants around the world and to the famous restaurants in France, and at an early age I went to cooking school and was groomed to be a chef.” Taking his high school teachers’ advice to pursue a career in which handwork was integral, cooking was an easy path for Schilo to follow, especially when he had spent his childhood in awe of Paul Bocuse, watching the master chef elevate homestyle recipes into haute cuisine on television. “Paul Bocuse inspired me on tv in the early eighties where he showed me my mother’s recipes in a new dimension.

Where does the name of the restaurant TAIKO come from?

In the early days while walking along the Paulus Potterstraat when the windows were open, people could hear the students practicing their drum solo's. The room where the drum lessons of the Conservatorium van Amsterdam, the music school after which the hotel is named, where being held, is exactly where Taiko restaurant is now located. A remarkable detail is that this fact only came to light after the name Taiko was born – which is the Japanese collective name for several percussion instruments. Just like in the past, the sounds of the drum bounce of the walls, thanks to the percussionist who plays the Taiko drum during dinner every Friday and Saturday night.

Your menu always offers a variety of incredible dishes. Which would you say are your signature dishes and also signature drinks of the restaurant?

The signature dish had always been the Daikon Salad which I created more than 20 years ago. It’s the ultimate ladies dish that looks like a complicated yet simple dish full of flavours.  With the opening of Taiko, we were right at the beginning of the Gin & Tonic hype, which afterwards conquered not only Amsterdam but the whole of the Netherlands. Now we are looking to make Japanese highballs into the new Gin & Tonic.

How do you adapt as a chef to the trend of more plant based cooking as well as being conscious about the environment?

I always cared a lot about vegetables. Four years ago I developed an all-vegan gastronomic menu, and based on the reviews, we are one of the few fine-dining establishments both locally and globally to achieve success with entirely plant-based creations. To see that guests are coming back especially for this menu makes me very happy.

Can you share with us more about the design of the restaurant and Taiko bar in Amsterdam? It is truly beautifully designed.

Top to toe, our interior has been designed by Italian architect and designer Piero Lissoni. Ensuring a balance between old and new, Lissoni kept the original wood floors and included black metal frames throughout the restaurant. Taiko is designed as a New York style modern Dutch restaurant.

Chloé announces the appointment of Gabriela Hearst as Creative Director