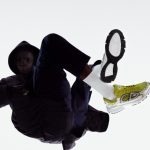 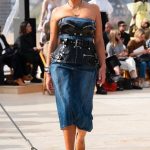 In conversation with Nicky Romero

We had a pleasure speaking and working on a digital cover editorial with top DJ Nicky Romero.

Lucky position to do and express yourself the way you want to. And to share your opinion freely and be who you want to be.

From an outsider perspective being a DJ looks like you’ve got a lot of freedom. Making music and traveling the world to perform. Is that true and how do you experience freedom when working and traveling?

Yes, we are in an extremely lucky position to see the world and express ourselves the way we want to. Although it’s hard work to deal with the time differences.

What is your favorite set you’ve ever done and performed and why?

That would be the set I performed on mainstage at Ultra Music Festival in 2014. We were wearing Dutch soccer shirts and it felt like the electronic music industry was at its peak.

Looking at the Formula 1 race at Zandvoort last week in comparison with the night life and festivals being on hold in Netherlands, how does that make you feel? Have you been able to perform a lot abroad recently?

I’m really happy for the race fans. I wish that we could feel the same happiness on the festival grounds. It would be great to get similar rules for festivals. In recent months I’ve been lucky enough to travel abroad again. Except for Asia, I hope to return there very soon.

Do you have a song that when you listen to it, it resembles freedom to you?

I think that would be Bohemian Rapsody, for the reason that are so many styles in one song. Also Queen stood for so much freedom in music and culture.

Where do you see yourself in 10 years, what would you like to have achieved by then?

Ten years is a long time! Let’s start with 5 years. In 5 years time I would love to be able to tour a little less and more selective on shows that im doing. Produce more music  for other artists and hopefully also enjoy a little bit more of a family life.

What are some of your favourite moments and highlights from the previous ADE years?

I’ve always loved ADE. One of my key moments would be the 2013 edition when a young Martin Garrix opened on the mainstage during my Protocol label night. I love that ADE created a playground and guides young artists in their process of growing towards an established artist.

Which artists are on your top list that you would like to work with in the future?

I’ve always said Chris Martin of Coldplay. And I guess that will never change until the moment it happens.

Are you working on any cool new collaborations and what do you have coming up next?

I’m working on collaborations with a variety of electronic music artists such as David Guetta and Afrojack but also a new artist called Low Blow. I’ll be releasing lots of new music under my deeper alias Monocule and my new radio song “Why Do I Call” will be soon released on Universal Music.

What do you have planned for during this year’s Amsterdam Dance Events?

At this moment (4 weeks prior to ADE) we don’t know if ADE is going to happen. If it does happen I feel it will be the most important ADE since I last attended. Because the industry has been silent for two years and ADE always marks the start of the new season. It’s the new starting point of what sound will be hot the year after.

Alexander McQueen takes over London skies for the latest show