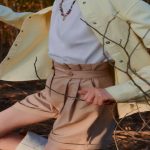 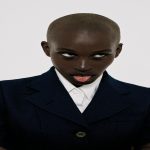 In conversation with MJ Rodriguez

MJ Rodriguez, a young and promising star, who most people know for her role as Blanca in the hit TV series »Pose«, dreamt of being an actress since she was 7. She is a part of the largest cast of transgender stars in the world of TV. MJ knew early on in her life that she was different, not happy in her own body. Her transformation process began during her stage career, where she is also known for her various performances on Broadway.

I was extremely apprehensive at first because I was scared as to how the audience would receive our stories. So many don't know or are not educated on our lives as women of a specific experience. When the 1st season aired and I saw the reception of the viewers, it was a complete sign of relief because there was nothing but love given and understanding. This was the best welcome for my first television role as a leading actress. I felt like I did the women, who were here before me, justice and their stories were seen and heard.

The thing that connects me with this character the most is her will to keep going and her drive to stay focused on laying a foundation and securing a legacy for her children.  She's very secure in herself and knows exactly who she is and we definitely have those things in common. The most special thing about her is her heart, I truly believe she is pure in her actions and what she positively wants to accomplish.

When I was going to Berklee, I was completely in my element as an artist. I was in a  place of comfort and a place where I could truly explore myself artistically. I took all types of fundamental classes, but the most fulfilling ones were my music business class and songwriting class. These two classes gave me glimpses into how I should take complete control of who I wanna be as an artist as well as storytelling. By the time I was nearing the end of my first semester, I felt like I was inches closer to where I wanted to be. During summer break I took part in a small community production of Rent, that was held at New Jersey’s Performing Arts Center. There I met a woman named Freddie Walker Brown. We created such a Wonderful Rapport by the end of the run. After the run, I went back to school to try and finish off my first semester, but by the time finals had come, I found myself in the middle of going back and forth from Boston to NYC, auditioning for »Rent«, the off-Broadway revival. In these moments I felt like Berklee prepared me for not only Rent, but also for what was to come.

My mother is the most special and important person in my life, simply because she keeps me grounded. She's never failed me and now I expect that kind of security from others. I know it's a high expectation, but that's what I feel I deserve when it comes to partnerships and people who I really want to consider lifelong friends.

My advice to younger individuals would be to never second guess who you are. If you're ever in doubt, look into the mirror and see the beauty that is starring right back at you. Also know that you are enough!

The reason why it is so important, is because people need a voice that uplifts in a positive and factual way and I feel like I, as well as many others are trying our best to be that. We need to be pillars and totem poles for the generations behind us to climb, so that they can be at the top.

I feel like there's so many things that one can expect from me in the future. The biggest one of them all is being incorporated in more mainstream TV and Film, specifically drama, comedy, romantic and action. As far as on personal level, the most important thing you should expect from me is growth. I'm a person who loves to learn and I'm a person who loves to change things for the better.

I would suggest »POSE« simply because it is a groundbreaking show that beautifully journeys through lives of individuals who are simply just trying to make a way for themselves and the people that are part of their community, and I think everyone in the world has done that. It's a show that does nothing but raise the bar for awareness, especially when it comes to HIV and AIDS. It's also a show that really digs deep into the true definition of what the human condition is. That's why people should tune into this show.