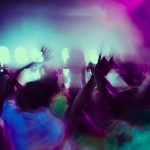 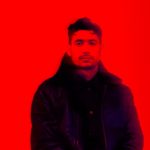 In conversation with Michael Späth

We had the pleasure to talk to Michael Späth, founder and creative director of "IN PRIVATE STUDIO“. The Berlin-based label just launched their third collection: ’BROKEN BUT STILL DAZZLING’.

Could you tell our readers a little bit more about yourself? You have been one of Europe's leading fashion bloggers. How or when did that start?

I'm Michael and I work as an image and casting consultant besides being the founder and creative director of "IN PRIVATE STUDIO". I was born in 1991 and grew up on a little farm in Bavaria, since I can remember I am obsessed with Hollywood. I was always different than the kids my age. Their hobby was to play soccer all day or do some random boy's stuff. I just wanted to be alone at home and read magazines and watch TV. When I found out about MTV or pop stars like Michael Jackson and Madonna this really changed my life. I couldn't think of anything other than to become a global celebrity. So I did everything to escape from the village life. As soon as the internet came along, I started blogs. First on myspace and then finally with my website in 2009. After I had finished school, I moved to Munich and became a full-time blogger. It was a mix of menswear fashion, personal stories, and travel reports and was called "the lost boy". I was one of the first menswear bloggers in Europe and this brought me to international Fashion Weeks in New York, Milan, Tokyo, London, and many more. Besides that, I met some of the biggest people in the industry and found a bunch of beautiful friends. I can't remember when or how it blew off. I guess I was at the right time at the right place. It was an amazing time that I will never forget. With the rise of Instagram, the medium blog wasn't that popular anymore. I am not a fan of holding on to something for too long. My blog still had many readers back then but it felt a bit like the sinking Titanic. That's why I decided to stop blogging in 2017 and spent my energy on new projects.

What and when was your first encounter with fashion?

That was definitely my mother. She is into celebrity culture and TV shows and I remember that she always brought home the newest fashion and gossip magazines when I was little. I was so much more interested in those magazines than all my school stuff. Sometimes that was a problem because after all I didn't wanted to learn stuff like math or something because I always knew that I would work in fashion or journalism. Also she was a Fan of Princess Diana. When she died my mother bought a book with hundreds of photos of Princess Diana. I loved her style and I think that was one of my first memories of getting in touch with fashion.

Where does your inspiration come from in general?

My biggest inspiration is Pop Culture. I just love everything in terms of old Hollywood, movie stars, musicians, Divas, Supermodels… I love the legendary celebrities like Cher, Madonna or Prince who rebirth themselves every few months. But next to that, I am inspired by everything I see. Sometimes I see someone at a train station in Berlin and it inspires me for a full collection. Or some kids at a restaurant in Los Angeles. Also I am inspired the most when I don't plan to design something. For example during gym class, in the shower or planes.

In 2019 you launched your label 'IN PRIVATE STUDIO’. How did that start, and what made you create your designs?

My dream was always to start my own fashion brand. But I was always too scared of it. I thought that it would be too expensive or too hard to start something new. During my time as a fashion blogger and as the fashion & guest producer of "Germanys Next Topmodel by Heidi Klum" I met many people from the fashion industry who told me that I have talent and should do it. So I collected ideas and waited for the right moment. In 2018 my twin sister was diagnosed with cancer which was a huge shock for me and my family. I was in Los Angeles at that time. To distract myself I spent all my free time sketching and creating. During that my first collection "loneliness keeps me running" was born. It's about the feeling of loneliness as a motivator and re-thinking of life plans. When I came home to Germany I found people who helped me with production and shipping and the brand went live in autumn 2019 with a pop-up store at Galeries Lafayette Berlin.

What’s the vision of your brand?

I want to tell a story with every collection and every piece. I don't want to label it that much. It's queer but also street. It's sometimes tacky and sometimes very hip. I don't want to be the next cool brand who sells stuff for 500 euro and gives you a bad feeling if you don't have the money to buy it. I don't want to be the bully on the schoolyard. My brand is for everyone. The musicians, the nerds, the atheletes, the queer people and the fashion girls.

You just launched your third collection, 'BROKEN BUT STILL DAZZLING. What is the inspiration and message behind it?

Our third collection is dedicated to the feeling of desire. The desire for human connections and joyful experiences. I created it during a very long lockdown in Berlin and all I could think of was having fun, flying to New York and meeting strangers. It's inspired by the jetset- and club culture of the 70s. I had studio54 and Donna Summer in mind. But also the Berlin clubscene which is very dark. It's a mix of both worlds. The message behind it is to have fun and dance until we forget everything. Usually my collections have a deeper meaning like loneliness, self love or anxieties. But this time I just wanted to spread some fun and glittery energy. We also created three show looks for the campaign which are big and extremely joyful.

The theme of loneliness resonates with a lot of your collections. Where does that come from, and why is it important to you?

The feeling of loneliness is like my longest relationship and partner in life. Since I can remember I feel lonely. Because of many reasons: I was always different than the kids my age. For the boys, I was too much like a girl, and for the girls, I was too much like a boy. When I studied journalism I was the only student who was interested in gossip and celebrity journalism and not into politics. So I always had to fight to be able to be my own self. When I became famous for blogging I suddenly found friends with the same interests and I felt understood and at home. But of course, when you're traveling around the world, you are always alone in planes and hotel rooms. But, and that's the most important part, I never saw loneliness as something bad. The feeling always pushed me to work harder on myself. In my loneliest times, I was the most successful and inspired. Loneliness keeps me going and I need it to be who I am. I say that very publicly because I want people to understand that you are a valuable and great person even if you don't find the perfect match on your side. And it's ok to be lonely sometimes. It can help you to figure out what you really want to do in life.

For the TV show 'Germany's Next Topmodel’ you worked closely with celebrities next to Heidi Klum. How was that experience?

Yes, from 2015 until 2021 I worked for Heidi Klum's Show "Germany's Next Topmodel". I started as an intern and later became the fashion & guest producer. First of all, I have to say that I LOVED to work with Heidi Klum and she became one of my biggest role models. I learned so much from her in terms of work ethics and how to live life. She was always in a good mood and nice to everyone. What I loved the most about her was that she had so much fun and loved what she did. Onset, she was dancing and giggling all the time. I am sometimes a little bit too stiff and serious and I admire her for that. Also, she always wants to re-define herself and her shows to be up on time and on-trend. She always had the craziest ideas for our stylings and hair and make-up looks. So it never got boring and the show keeps alive. When I started to work on the show we had two main judges next to Heidi. We later changed it to one guest judge in each episode. My job was to book the guest judges and designer. Germany is no fashion country at all and the show was more well known for its girls than for fashion. So I spent months and months convincing famous designers to come to the show as guest judges and dress our candidates. The first designer who was brave enough to participate in the form of lending us clothes was Jean Paul Gaultier. He is one of my childhood heroes and I freaked out when he said yes. He also sent a very cute video message which I still have on my phone and opened the door for other design legends like Jeremy Scott, Manfred Thierry Mugler, and Versace. With every yes from them my childhood self from the farm jumped and screamed. Of course, we also had the very obvious fashion models like Naomi Campbell, Alessandra Ambrosio, Giselle Bündchen, or Coco Rocha on set. But most importantly I really wanted to take that chance to educate and highlight some fashion stars who are not very well known yet in the German mainstream media. Like for example Christian Cowan, Peter Dundas, Miss Fame, Chiara Ferragni, Brooke Candy, or photographers like Vijat Mohindra or Justin Wu. I have the feeling that "Germanys Next Topmodel" has arrived in the fashion world and so I can move on.

Where do you see your brand in the future?

As you can see on my latest campaign I love to be extra and over the top. Next to our common shirts and hoodies, I want to enlarge everything and focus more on cuts and fabrics. I also would love to do brand collabs with other creative people around the globe. But I think the most important thing in fashion is not to take it too seriously and to think out of the box. So let's see what comes next with IN PRIVATE STUDIO!

In conversation with Eric Reithler-Barros

In conversation with Dax J