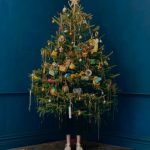 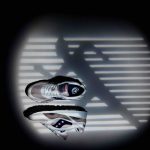 In conversation with Maximilian Mundt

We had a pleasure speaking with German actor Maximilian Mundt.

Who is Maximilian Mundt? Where do you come from, what is your source of inspiration and what are your plans for the future?

I was born and raised in Hamburg. Now I'm 25 and I still live here with my two roommates. I do photography, direct short films, and I also work at the theater with a young adult performance group as the director's assistant.

I'm also an actor who starred in “How To Sell Drugs Online (Fast)“ on Netflix.

Photography was one of the main reasons for me to become an actor. I just like to put myself into different characters and situations. I bought a lot of costumes, did some weird makeup, and built some dresses and set props.

My inspiration mainly comes from fairy tales like the ones of the German storytellers “The Gebrüder Grimm“. I love them and they are a big inspiration to me. Right now I'm looking for a filming project, which portraits some kind of fairy tale. A sci-fi story would be very cool.

If you had to choose one character trait that describes you best, which one would it be?

It would be Creative, probably. A lot of my friends are studying in the field of art, or they have creative jobs. They often come up to me asking for ideas for certain projects. We then exchange them like: “Okay, I just wrote this little short fun script. What about you? Do you want to join?“ or “I just had this idea for a photo. Would you climb onto that tree and hang upside down? We can slap some paint in your face.“

Did you always want to become an actor and if not what was your initial plan?

I think I've always been an actor, even when I wasn't working as one. I used to entertain my family and friends by making up little scenes or dialogues. I also really wanted to be a biologist, and go into the jungle to find new animals or plants. When I was 14, or 15, I suddenly started to become very anxious about poisonous animals. So I would have had to be a biologist somewhere in Germany in the forest. That sounded pretty boring which is why I let go of that dream.

How did “How To Sell Drugs Online (fast)” change your life, and how do you handle life in the public eye?

I don't have that much privacy in public anymore. I would've never thought that people would suddenly recognize me on the street, wherever I go. They even know who I am when I'm wearing a mask and that is so weird. Some people are also very nice.

When I was in school, I was never the person others would recognize. They wouldn’t come up to me saying “Oh hey Max, how are you doing?“. I was the kind of guy that was not very visible in school. So, this new situation is sometimes odd to me.

It's nice to get that recognition now, but also it is a bit too much when strangers recognize me wanting to talk. In the meantime, it also makes me happy, to see that people love what we did and I am also very proud of “How To Sell Drugs Online (Fast)“.

I like to be very transparent because with my reach on social media, I can speak about certain topics and I aspire to be transparent about my opinion and simultaneously ask my community what their perception is. I also like to be private, especially in public. I've never been a person that was very outgoing or keen on going to bars and clubs. So, I also spend a lot of time at home.

There is a documentary about a real-life scenario that is very similar to the situation in your show. How much were you inspired by the actual events when curating the script, how can you relate to Moritz, the character that you are playing, and how risky is it really to sell drugs online (fast)? 😉

If you watch the documentary, you'll have no doubt about the fact that the show is very roughly based on the real story. The only thing we were inspired by was the bedroom. Everything else is made up. Even my character is completely different from the real shiny and flakey guy. Maybe you'll be disappointed or even happy that we didn't go for the real story because it is basically about someone sitting in their bedroom and selling drugs for a year, which means that there is not much happening.

Don't sell drugs at all, not on the internet nor in real life. Selling drugs online is very risky because even in the documentary one can see that someday they will end up in prison because there is not much security and always the danger of people finding them. Just don't do it.

The show-runners once said that we’re not responsible for telling the audience what to do or what to refrain from. We're there to tell a story, no matter if it is a “good“ or a “bad“ one. In many shows, the antagonist is the audience’s favorite so they can judge themselves what is good and what isn't.

Just like Moritz – the character that I am playing – I have a very strong will to reach my goals but I would never betray my friends as he does.

In line with the “#ActOut” initiative by Süddeutsche Zeitung, you recently came out as queer. What did that mean to you and how did it make you feel?

I wanted to take this step to be more transparent and to show that people my age, or even younger people who are successful on Netflix and who have a big audience as actors, can be queer, and are not all heterosexual. I wanted to make that visible by saying

“Hey, we're here, you're not alone. Even people in public and actors are queer. So it's okay to be gay.“

If you could talk to your 16-year-old self what would you say?

I'd say that everything is alright, just the way it is and that you don't have to worry that something is not okay with you or that your goals are not right. Because in the end, everything will pay off if you just stay true to yourself.

Freedom to me means to love yourself and to be able to accept yourself 100 percent.

In conversation with Fabio Tambosi