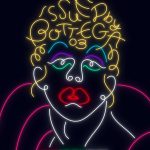 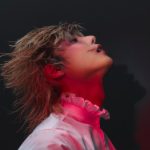 In conversation with Maude Apatow

We had a pleasure speaking with talented actress Maude Apatow.

Due to COVID, the filming of Euphoria season 2 has been delayed. How was acting different now during COVID?

We were supposed to go into production in March 2020 and ended up waiting a full year before shooting season two. By the time we started shooting, other productions had experience shooting during the pandemic with safety protocols, so I felt very safe. It felt like production had everything under control. Acting during COVID has been really strange because there is a layer of separation between the cast and crew that wouldn’t typically exist.  That being said, I think we’ve been really lucky to be working during this time. Everyone is really happy to be back at work – it’s been a really great experience.

How similar are you to your character Lexi Howard?

I think we’re very similar in a lot of ways, but also different too. Sam has always written Lexi’s dialogue in my voice, which makes it easy because it feels so natural. We are similar in our demeanor, interests and sensitivity. But I think a lot of Lexi’s perspective and the way she looks at the world and approaches relationships is very different than I would. We’re both shy, but she’s more passive, and I don’t see myself that way.

How did you experience your own high school days?

I went to the same small school from Kindergarten through 12th grade, so I think I had a very different experience than the characters on the show. I was lucky to go to a high school that I really liked, where I made lifelong friends. I had teachers who truly inspired me and encouraged me to be a creative person. Without them, I don’t know if I would have had the confidence to do it.

Which of your recent roles do you most identify with and why?

I think I am able to find something to relate to in all of the characters I have played.

Who would you most like to play in a movie or series together?

I love musicals – I would love to play ANY part in ANY musical at some point in my life. I’m not picky!

Was there ever a time when you considered a career other than acting?

I was lucky enough to grow up with parents in the entertainment industry. I don’t think it ever crossed my mind to work in any other field. I did theater growing up and loved it. Later in life, my dad encouraged me not to limit myself just to acting, but to also explore writing and directing. I am currently developing a series and hope to do a lot more writing in the future.

What is it like working with your father? Do you feel that working together stimulates each other?

I want to be a director someday, so getting to watch my dad work has been really important and valuable to me (but he can be a little bossy sometimes!).

In conversation with One