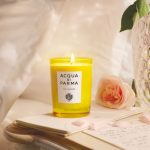 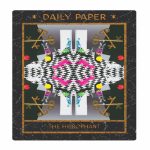 In conversation with Martin Jensen

Martin Jensen originally wanting to take more of a ‘behind the scenes’ role as a lighting engineer and designer, but his unmistakeable talent as a DJ quickly placed him in the spotlight as a creative powerhouse.

“I’m drawn to the songs that get into your head and seem to stay there. That’s the music that I love to create”says Martin, whose uncompromising and unorthodox production style has garnered listeners from all over the world and racked up millions of followers on Facebook.

His first few singles launched him into the musical stratosphere, showcasing his innovative way of crafting sounds and tracks that resonant with fans from all over the globe. His breakthrough viral track “Sí” featured a sample of famous footballer Cristiano Ronaldo. And follow up single, “All I Wanna Do”, cemented his position as one of the world’s leading hit makers as he has also gone on to collaborate with names including The Vamps, and #1 artist James Arthur.

Continuing his meteoric rise, “Solo Dance” has gone down as one of the most-recognised tracks in recent years, from pop chart plays, to keeping the dancefloor on fire, it also featured a young singer that wanted to remain unknown. “She wanted to be anonymous and we kept our promise.”  Says Martin Jensen, who goes on to explain the idea behind the song’s lyrics.“It’s about going out clubbing, and that it is really only a great night if you’ve been dancing all night long.” – an ethos that no doubt many fans can get behind. With an unbelievable upshot in its popularity receiving over 1 million streams daily upon release and hitting over 1 billion streams and counting; ‘Solo Dance’ is quickly converting new listeners to fans and beyond around the globe, but it doesn’t stop there. Lending his golden touch to remix work for Rita Ora, Ava Max and artist of the decade Ed Sheeran, the sky appears to not even the limit to Jensen’s skills.

Martin was also named one of DJ Mags top 100 DJs in the world in 2016, the first Danish artist to enter since Trentemøller in 2007,a very well-deserved feat as he is not only at the midst of his heights, he’s just getting started with an extensive dot-to-dot of tour dates to boot. “It’s a massive achievement for a DJ. It’s just as awesome as reaching the charts in the US or the UK” says Martin Jensen. “It’s amazing and extra awesome because DJ Mag’s top 100 is created by its readers – the fans that actually listen and dance to the music.” Continues the 25-year-old Danish DJ and Producer phenomenon. “Next I’m going to conquer the world!” .  As well as performing atTomorrowland, Lollapalooza and the largest party venue on the planet, World Club Dome, he has not only proven but exceeded the level of quality to his shows and live achievements at a selection of some of the most heralded events on Earth.  Wrapping up 2019 with an extensive US bus tour and set to white-knuckle ride his way through 2020 with a timeline of exclusive new projects and dates across his calendar, get poised for Martin Jensen’s biggest and best year yet!

We had a delight to speak with Martin:

How would you put/ describe your work into past, present & future?

What I did in my past was about music touring and all that kind of stuff as you know me from and the present is sitting  home and gaming staying safe! The future is hopefully getting out there again really soon and start playing shows again, the Corona is a hard time for everybody and we have to respect it but it’s especially hard when you’re living as an artist where your income comes from playing live shows. Right now, all the artists and friends I know, none of them have anything they can do but sit in the studio and produce new stuff but we also like getting out and doing the shows. To be honest, that is what pays the bills! So for now, it’s a pretty hard time for all artists and DJs but hey, this thing isn’t gonna stay forever!

How did you first get involved in making music?

I’ve been playing as a DJ for many many years and one day I was like “Hey I don’t just wanna be a DJ playing in cubs, I wanna be the guy in the main lights so I started producing, too, to see if it would work. My first track was ‘Night After Night’ which I released to craziness! After I released it, a few months later I got a record deal and everything went super fast. It was nice to try to do “the impossible”, a lot of people said to me “Martin you’re never going to be a DJ, you’re never going to make it as that”, so it was a good feeling to try and to prove them wrong – I must say that.

When making music, what is the first thing you do or process you turn to, when creating a new tune?

The first thing I do when I’m creating new music is definitely starting out refining with singer/ songwriters in a session and then just trying to jam out of that; if we hit something , let’s go for that  and if we don’t, we need to find  new way to create it. I never really just start out with making a beat, for me it is more important that everything is just about the lyrics and the melodies and if you just start with the production, for me, it’s not my natural way of creating a  track.

Tell us about your new track ‘Carry On’ with MOLOW, how did that come about and what inspired the single?

It’s quite funny because I had no idea who MOLOW were before the single, but the whole thing came out of the record label I’m signed to. They came to me asking if I wanted to be a part of the single and after I heard the early stages of ‘Carry On’ from them I was like “Woah, this is a dope single, I need to be a part of this!”. I liked it but could see a few things I wanted to add so I asked if they would be open – everyone was happy with our final track and then we actually released it kind of fast. They were super easy to work with and it felt super easy to create once the inspiration flowed. Especially now in the time of Corona, it sends a message with the lyrics to ‘Carry On’, so you know it feels inspiring with the times that were in at the moment.

What can we expect from you in the coming year?

Right now, who knows if I’ll be sitting in my studio for the rest of the year or if we’ll all be back out touring, I’m hoping by the end of the year things will look good with touring and I can see everyone smiling when I get back out there. That is definitely my #1 goal!

What is your career highlight so far?

My highlight to be honest would be everything I’ve been doing at the moment; playing the clubs, releasing music, that is it, every day is a highlight! Yu know, I appreciate it so much to be able to do what I’m doing and now being back home, it makes me realise how awesome it actually is that I’ve built my career to this. Now, when I do get back on the road, I’ll appreciate it so much more, not just sitting at home but being able to get out and show the world why I am here.

What is the funniest fan gift you have ever received?

It is a bit of a weird gift! There was a girl at one of my shows who came up to me and asked me for an autograph and I said “Yes, no problem, of course!” but she wanted me to autograph her leg and I was like “Oh, ok” – I signed her leg and then she said “I want to have it tattooed!”! When I got home from tour two weeks later, I had a note on Instagram with a picture and she actually got it tattooed, I was like “Oh my gosh!” because I didn’t just give her my autograph I gave her my signature so after that, I made a new one but she saw it as something special. It wasn’t just a gift to me but a gift to her, also.

You also just started a new fashion merchandise line – tell us about how the process was creating that, and why you decided to do so?

I have a merch line right now where it has my name and logo across the arms, or the chest, or the back and I wanted to create something else, so I wanted to create something fashionable for my fans. This line of merch I have now is something you’d wear going to a concert or being casual, it’s not something you’d wear to go out on like Christmas Eve or whatever, but this line is for going to school, hanging with friends, so I wanted to create a fashion line and my manager Marc, he also has a very good eye for design, and Natasha my girlfriend is a model, so she also knows a lot about fashion, they helped me with a full team effort to create the pieces. It felt really great to work together as a team away from being in the studio, or being on tour, so we could be different and I think the results are great. It’s now available online!

For me, to be one of the it’s just absolutely insane, if you’re sitting down and thinking about it for a second, I’m one of the 100 best DJs in the world but I’m actually also in the top 50 DJs in the world which is just absolutely insane compared to how many DJs and people are actually out there! For me to have this recognition from the industry and my fans is amazing and crazy and I appreciate it every day. I love you guys for that, really!

Who would your dream collaboration be?

There is no doubt about that, that would definitely be Taylor Swift! For me, she is the most inspiring and genius musician we have on earth, her lyrics, melodies, everything is just so on point with every track and I really admire how she handles all the pressure.

Thank you for having me and see you with some new music soon!