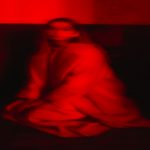 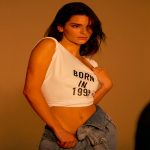 Music On the Playlist Photography Portrait

In conversation with Lost Frequencies

Felix De Laet, better known by his moniker Lost Frequencies, has soared to success in the international music industry on many levels. Releasing his global smash hit ‘Are You With Me’ back in 2014 and quickly cementing himself as a name to watch, the track rapidly ascended by hitting multi-platinum status and taking the #1 spot in 18 countries.  Lost Frequencies was the first Belgian artist to secure his first 5 hit singles charting at the #1 spot on the Ultra top official Belgian charts, as well as the first Belgian artist to hit #1 in the UK, he went on to release his long-awaited debut album ‘Less Is More’ in 2016 via Armin Van Buuren’s iconic Armada imprint that dazzled globally, certifying a future star for the next generation. Lost Frequencies also firmly established himself as one of the strongest, fastest rising talents with his debut entry into the 2017 DJ Mag poll at #26, the highest new entry of any artist that year.

You touch people's hearts with your music, which's great. I would like to ask you about the show, since this was your first live tour. What could you tell us about it?

Yeah, it's different from what you're used to, because all three of us were going to be on stage; the drummer, a guitarist and I. Everything was more electronic sounding and I had two guest singers coming up and down from the stage. So in total five and it's a completely different approach. I was playing 100 % Lost Frequencies music, including also some remixes that I did for some artists.

How did you mix that the way you did? Like where did it come from as a new show?

It was hard to put everything in session.When I was in Miami with my manager we were going from A to B during Miami music week and then suddenly a track comes up and he goes like »this is a good track to remix«. So I started talking with some guys in London, where they will record everything, like the vocals, the trunk beds, the guitars, everything. And so I get all the stems and I can really work out an umbilical remix.

You released your second album »Alive and Feeling Fine« in October 2019. Could you tell us more about this album and your new projects?

So under the new album I wanted to put two CDs. There is one CD, which is more straightforward, more of the typical Lost Frequencies sound. Like maybe you are expecting it with a little bit more electronic sounding strikes. And then on the second CD it's more the Lost Frequencies sound in the clubs and festivals, in any of the live shows, which is really more electronic music, but still with the end vocals. Now for the last two, three years I've been playing more electro in my sets than on my first album. And I think people got used to it now.

You have also released your own label under Armada, »Found Frequencies«. How do you source talent yourself for finding new DJs and new talents?

I tried to work also with bigger acts to release tracks on the label. But I have a demo address, where I get a lot of demos from everywhere in the world. But it's funny, because most of the artists I sign, they don't come through demos, they come through connections from people like »Hey, maybe you should listen to this« or »Oh, this guy on SoundCloud's putting up some tracks and it sounds nice«. So we signed him and we released some music, but it's mostly if I like the music then I'm going to release it. It can be very indie dance and it can be more deep house. It stays very melodic and for me it's important that I have to be able to play the message.

What is your integral role with Tomorrowland and how does it make you feel performing at such a big festival?

My manager works with Tomorrowland, so he has a good connection with the guys and thanks to that I've been able to perform for the last four or five years at Tomorrowland. For me, of course, it's an amazing experience because it's only 40 minutes away from my home, in my homecountry. It's one of the biggest festivals, atrium music in the world. It's an amazing festival and the vibe is really great. I've never been as a festival goer, so the first time I went as an artist and I played. I was so scared, I was just looking at the texts for the most of the set. Now, I know the guys from the organization, so I go there and it's super relaxed and I have such a great time. It's bigger and bigger every year, it's crazy.

Based on your social media and everything you are very fashion involved as well. Could you perhaps say, where do you source your inspiration for fashion from?

I have the chance to travel a lot and every time I travel maybe someone promotes a store, like which is the store I need to go to. Then if I find something I like, it is it. There's one really good one called Four, it's one of the best I think and would highly recommend it.

What else can we expect from you after your new album and your tour? Is there anything else exciting coming up?

I want to challenge myself and I've been in contact with more underground people in the last few months. It's funny because I feel like all the boundaries between genres are kind of blurring and going away, because the techno scene before was really like you have to be a techno DJ to be able to be in that scene. But now I have some techno guys or melodic upcoming underground guys that talk to me and they say »Oh, we like your music« even though it's not completely their genre. I'm going to try to work with them and try to do something out of the box for me and most of them and try to do a little EP, like four tracks, which will be more clubby.

Lost Frequencies is such a cool name. I know a little bit about the story behind it, but can you tell me yourself?

In the very beginning, I had a few different projects and then at some point I really wanted to work with vocals, but I was only a bedroom producer. So the only way for me to get vocals, it was to do remixes. So I started to do releases of all tracks that I used to love and take them back and do like a clubby version of those tracks. And those old tracks would be the Lost Frequencies.

At what age did you realize you were passionate about music and when did you start to produce by yourself?

In Belgium and also in Ireland illustrate music is really big. So since I was very young, when I was 11 or 12 years old, I was the only one in my class listening to electronic music. It was when Fedde Le Grand came out with Put your hands up for Detroit. I was like »this kind of music is pretty nice« and so I really started to get into it. Then I went to boarding school and when I was at the boarding school, there were only boys. Everybody was really into electronic music, I had five DJs in my room. It was a thing to go back home for the weekend, then you came back and everybody had new tracks, we shared a lot of this music and that was when Avicii and all those guys were coming up and it was really an exciting moment, you know. And then when I came back from boarding school, I got my first laptop and on there was GarageBand, so I started working on GarageBand, finding out how everything worked. My piano teacher was also a sound engineer and since I'm a keyboard player, that really helped me.

If you weren't a DJ, what else would you do in life?

Now with the live show, I discovered something that I really like is a front house sound engineer, mixing the show. Like when we mix the live show, I go in front of house, I listen to the mix and I do the mixed show. You can do a kick louder, you put the vocal rebuttal, you compress little things and I really love to play with the sounds. Long story short; I think I would still be in the music industry.