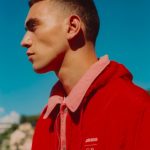 In conversation with Lewis Tan

We are excited to share our next digital cover star, Lewis Tan, lead of the hit blockbuster film, Mortal Kombat. Best known for his exemplary martial art skills, he has been making his mark in the film and tv industry. This is just the beginning of an exciting career to watch, Lewis is here is stay. Mortal Kombat is now available on all platforms.

Could you tell our readers a bit more about yourself first?

I was born in England, spent my childhood raised between Europe and the USA. My father has a long history in legendary action films such as Batman, Indiana Jones and the Temple of Doom, Willow, Inception, just to name a few. Because of that, I grew up learning martial arts and the art of filmmaking, I was enamored with make-believe, the sets, costumes, and exotic locations. I knew from a young age this was what I wanted to do, make films and travel the world. That desire only became deeper as I got older, I have to say, I am terribly obsessed.

What is your first memory when it comes to acting?

I remember watching my father in Tango and Cash, there is a scene where Kurt Russell is interrogating my father and is choking him by sitting on top of him with a chair on his throat. I would cry to everyone I would see that scene, he explained to me he was only acting and demonstrated how it was done. That is a weird feeling as a kid, knowing you can play pretend for a living. I began to watch all the  other films I could get my hands on and study the actors, at that time there wasn't really any Asian actors in western cinema so I just watched Steve McQueen, Cary Grant, Marlon Brando, Peter Sellers, I would memorize the scenes and try to mimic them, that was my first acting class.

How did your background and experience in martial arts help you to build up your career as an actor?

Martial arts is expression. It is no different than acting, you act with your body, with your words, with your energy, it is different outlets for the same purpose, storytelling. Although the one thing it has taught me was discipline and gave me tough skin. There is nothing like having your ego checked when you train in a martial arts gym. Martial arts teaches you to check your ego at the door and flow. I try to use that in my work. Even if I am not doing an action in a scene, I approach it the same way, what is my body language saying? I always ask that question, never just stand there and say the lines that are not acting, anyone can do that, discovering truth and expressing it in every form is the goal.

What drew or inspired you for a career as an actor eventually?

I never wanted to just be an actor. I am inspired to be a complete filmmaker. I write, direct, act, choreograph, perform my own fights.  People like to put you in a box, define you. It makes it easier for them to process, I don't limit myself when it comes to what I do.  I am working on my directing debut, it is the fourth script I have written and in a few years, I will be juggling both acting and writing/directing career. When I was younger, no one wrote good roles for a half Asian actor, and only those with really progressive thinking hired me for a role originally written for a white actor. Forest Whitaker and Nina Yang Bongiovi cast me in my first lead role as a football player in a thriller called "Sacrifice". There was no martial arts, no fighting, it was just a well-rounded character with deep emotional issues, and look at the work they went on to create. Yet, even so, it is few and far between, so you have to create things for yourself if no one is going to give you that chance. I am not waiting around, you have to create, and next thing you know, people that see the vision want to work with you.

Who is the one voice that has inspired you the most in your personal life and career?

My parents have been a grounding element that has helped guide my life. I also listen to that voice inside, the quiet one, call it your intuition, your insight, your heart, whatever you want to call it, that voice is terribly precious. When that voice is dulled down it can be a really scary thing, you can be swayed so easily, you have to train yourself to listen to it and trust it. Similar to a muscle, it has to be used and exorcised, then it will grow and become a valuable ship to navigate the storms. If you close your eyes, remove yourself from all distractions and judgments you can feel and hear, then soon it becomes second nature.

You played the lead role Cole Young in Mortal Kombat which came out this year. You did all the action sequences on your own. How did you deal with all the physical and emotional pressure that comes with that?

It is my first leading role in a film of this magnitude, so I decided early on that I would give my best effort to lead by example. Never quit or make excuses no matter how draining the process was going to be. Physically, I have been training for 20 years so I knew I had what it takes to deliver an authentic action performance, the endurance to perform all the fights myself however can be hard, every day performing at such a high level for 10-14 hours a day. For example, at the beginning of the film I fight in the cage with a guy named Ian Streetz who is a real fighter, has done MMA, bare-knuckle, and much more, we fought for two days straight for about 12 hours a day without taking breaks or really even sitting down. In the end, we were both banged up, bleeding and bruised. He told me when he trains for a fight, at most it will last around 25 minutes, he said he can't imagine how I am going to continue for the next few months at this same pace. You would be surprised what can happen if you have the right mindset, it was the biggest challenge to date, but thankfully I was supported by a great stunt team and amazing cast who became like a family on a crazy adventure.

How do you prepare for action roles in general? When do you start preparing and what’s your routine?

I stay training. It can not be done any other way. There is no off-season. I stay learning and training with people who are better than me so I can progress. The idea of starting to train after you are hired for an action film is insane to me,  these actors should just use a double, you will never be able to accomplish what takes 20 years of experience, sure you can quickly learn and do the best you can but at most it will be average or below average and now the director is forced to cut around you, chopping the scene to pieces or using expensive CGI face replacement to compensate. If you want to do action films you should be constantly training, sounds obvious but really no one does it, the ones that do you can tell right away. I do my best to push the boundaries of action each time I do a new project, that takes extreme dedication like an athlete training for a professional sports event. That is how you should look at it, on top of doing all the work emotionally. Anything less I am not interested in watching.

As an advocate and leader for the Asian-American population, you are breaking boundaries when it comes to Asian stereotypes in our film industry. How is your experience?

I am just doing whatever I can to be the best artist possible. I back up what I say with my work and I do what I can to be an inspiration to the future generation, but I am just one person. If I can inspire more people to want to create films or have confidence when they walk around or take up martial arts because they watched one of my films then that will hopefully add to the change we need. It is a collective effort, it is a long battle to create lasting change. It isn't just in a sense of cinema either, the way cinema reflects the world has a psychological effect on the culture, society watches films and in return "see" themselves in the characters or relate to situations that make them either feel more united as humans or more isolated in some ways, we aim to create unity and confidence in all races, genders, and backgrounds.

Among all the roles you have played so far which one embodies your personality the most?

They all have a part of me, sounds pretentious and very active, but if you don't put some of yourself into the character, then I am not doing the work. At least in terms of understanding, empathizing with them, even if they are a crazy person or a serial killer, we are all human and at some point we had were a baby and had a mother, we all have felt insecure, pain, love, trauma to each person it is different levels and different understanding which can in some cases lead to catastrophic mindsets but at the core of it all, we can at least try to understand each other, that is the key to getting rid of ignorance, which is the foundation of all hate.

On what projects are you working on right now and anything exciting coming out soon?

Currently sitting onset (the first time really sitting down on a film set in the last two years) in Boston filming a romantic comedy with Emma Roberts called "About Fate". I have a TV series I am producing and starring in with Tony Krantz called "Quantum Spy" which is an action spy thriller. I am developing my feature debut script with Nina Yang which will be the story of my father's life growing up in London during the disco era in the late 1970s, dealing with racism while competing for the martial arts championship. An indie action horror with Japanese star Rola called "Badfish" and a few other great projects I am developing. I still want to do something big with DC and have my own action franchise where we can have my creative control when it comes to designing never-before-seen sequences. Also later this year, I have a special action film releasing on Netflix called "Fistful of Vengeance". We smashed up half of Bangkok and I’m excited for everyone to see this next level of fights.

What do you envision your life to look like in the future?

I hope to be continuously challenging myself, taking risks, and living without fear. I spend time in different parts of the world, developing films with people I love to create with. You create the future by the things you do now, daily. If you remember that and be disciplined in your daily practice, I believe you can have whatever you desire, there is no limit.

What would be your advice to young actors who are aspiring for a career in action movies?

Find a good massage therapist, you are going to need it.