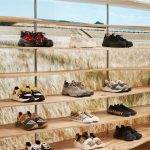 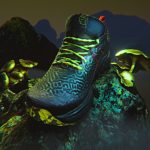 In conversation with Lesley-Ann Brandt

We had the pleasure of speaking with actress Lesley-Ann Brandt, who is best known for playing Mazikeen in the show Lucifer. The South African actress will also be starring alongsideMorgan Freemanin the new drama series Hannover Street.

The new season of Lucifer has just been released and this is the last season of Maze. What can we expect this season?

“This season is really about her finding out what she wants for her. She’s not a perfect character in that, she makes mistakes, big ones, but she is always willing to work on herself for the people she loves and for those who are deserving. The latter being a big struggle for her because I think she questions if she is deserving.”

Can you relate to Mazikeen’s character in some way?

“I do. Her passion and fire for those she holds dear, I relate to that. Her finally choosing herself rather than twisting herself into a pretzel to fit someone else’s ideas of who she should be or how she should love, I relate to that too. Her willingness to work on herself, we all, I think should strive to do that.”

How is your relationship with your Lucifer co-stars?

“When you work on a show with people for 6 years, you get incredibly close. And then, the show ends. Which is always an adjustment because we did have such a great time creating these characters and telling their stories. This cast is incredibly talented and I’m always grateful to have worked with people who care. People who show up with ideas and who are willing to play. I learned a lot from them and I’m grateful.”

You’ll be starring in the new drama series ‘Hannover Street,’ what is the show about and what can you tell about your role?

“This has been a passion project for me. I’ve been working on it for about 7 years. An itch I just couldn’t let go. It tells the story of my community in Cape Town and takes place in a place called District 6, where my mother was born. It brings to life the story of this incredible community that has never had the opportunity to shine on a global stage. Our story is told through a love story of two sisters.”

What is your most memorable role until now?

“Definitely Mazikeen. This was the first time I’d played a character from start to finish. As I said earlier, I’ve learned so much from her both in front and behind the camera.”

Are there any other projects coming up?

“The Horror Noir Anthology Series airs on Shudder on October 28th and on AMC at a later date. I’m thrilled to be a part of this very special project. Horror is a wonderful genre where you can touch some really big social topics without being confronting about it. My episode explores the monsters we hide, those we try to keep at bay and those that ultimately engulf us.”

How would you describe your style?

“Casual Chic. I love fashion. I love color and experimenting with silhouettes, but I always dress for my body. Knowing not everything I love will work for me, but I’m happy to admire from afar.”

Is there anything on your bucket list you really want to do or achieve?

“Yes. Attend the Chanel Haute Couture Show. Knowing what goes into making those pieces, the time, the detail, I’d love to see it up close and personal.”