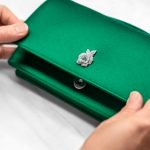 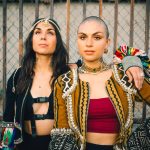 In conversation with LARI LUKE

Exclusive interview with German DJ and producer LARI LUKE about her new tune ‘Out Of This Town’.

Lari Luke has already established herself as a prominent member of the music and entertainment scenes in Germany, having been a weekly resident on 1Live since 2015, and also starred in German TV as well as remixing music from heavyweight artists such as Rita Ora, JP Saxe and Julia Michaels, and has had her music supported by Diplo. She has also performed at the likes of Parookaville and Lollapalooza. ‘In Your Eyes’ features vocals from Alida, who sang on Robin Schulz’s hit ‘In Your Eyes’.

For people who aren’t familiar with you as an artist, can you introduce yourself and tell the readers who LARI LUKE IS?

I am a German DJ and producer. I was born in Ecuador and raised in Portugal and Germany. I am also a radio host and Mom of a dog and two cats.

‘Out Of This Town’ is a big release for you, how does it feel now that the track has been released to the public?

It’s a very exciting time for me. In Germany I was already known for my music and playing big shows and festivals, but now people from around the world are starting to know me and my music. What I love most about it is that now I get to know fans from other countries. The fanbase is rising and the fans connect themselves with each other. That’s beautiful.

What was the inspiration behind the track?

Sometimes we tend to hide our talents, because society tells us to. People get mean sometimes and assume arrogance, when you say openly what you’re good at. So this song is about someone who isn’t going to hold their talents back any longer. Someone who leaves everything behind to catch their dreams. Because it’s ok to chase your dreams.

What was it like to collaborate with Alida on this new track?

It was a great experience. Alida and I are very similar in our opinions and also our way to become the artists we are now was pretty similar. We connected immediately. She is such a great singer, writer and – this is the best part – such a relaxed and cool girl.

How do you think Covid-19 will affect the music industry both long-term and short-term?  How do you see the impact of the Corona crisis on the general perception of music? Do you believe everything will just go back to normal after Covid-19, or how do you see it playing out?

I think that at first it was a shock for everybody. But the music industry adapted very fast to the new circumstances and learnt a lot from it. I think that we will learn a lot from this experience and we will rapidly get back to normality.

I am working a lot and I have no problem doing it from home. I have no problem being alone and I am used to accepting situations for the way they are, if I can’t change them. I try to make the best out of it and stay positive. I think it’s great, that I can walk around in pyjamas all day and wear a beauty mask while I’m having important meetings on the phone.

What is your first memory with music? How did your journey into DJ’ing and production begin?

I started writing and singing my own songs in bars in Barcelona during the time I was studying there. Then I came back to Germany, exchanged the guitar for DJ Equipment and started to produce my own music. It happened naturally. I didn’t really have a plan to become a big musician one day. I just liked to make music and to mess around with different music styles. So I combined my singer songwriter past, with my love for bass and house music. And the result was LARI LUKE.

I love to eat breakfast! Especially when it’s pizza from last night. And I love to eat before I go to bed. Yes I know, it’s not really healthy but I love to eat something warm and then fall asleep with a warm and full tummy.

What do you have planned next?

I will release a lot of new songs and remixes. I have already worked with artists like Rita Ora, Julia Michaels and JP Saxe, and I am so excited to work with a lot of other artist as well.

What is your favourite part of performing in front of an audience?

The audience itself. I love to connect with people that come to my shows. I don’t want to be just a DJ who plays a show for an audience. I want us all to party together and see how crazy we can go. The audience is what inspires me the most.

The Savoir-Faire of the Gem bags clothes by Dior