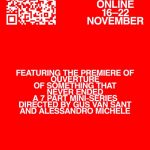 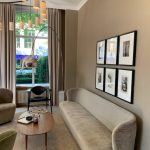 In conversation with Kat Graham

”Operation Christmas Drop” premiered a few days ago and it is one of Netflix's first holiday films of the season. The film follows a congressional aide,played by Kat Graham, on a mission to shut down the Christmas Drop missionon the island of Guam.

Kat, you've filmed ”Operation Christmas Drop” on the island of Guam. This is the first time ever that a film was shot at the fully functioning Air Force Base. How was this experience for you? What was the best part of shooting in Guam?

This was definitely the most fun I have ever had on a movie set. There were obviously challenges being that there was never a scripted film shot on the island before, but once we got past that, we were able to really enjoy how magical it was. The people were so kind and amazing. It was definitely intimidating shooting on a live Air Force Base, but the Air Force was incredibly helpful and supportive, and a couple of them even made cameos.

Operation Christmas Drop is an actual, real mission that the Air Force base does every year. This decades-old tradition sees gifts and supplies being parachuted to the residents of remote neighboring islands. How do you look at the humanitarian aspect of this operation and what does it mean to you?

I spend a lot of my time when I'm not on set focused on my humanitarian work with the UN refugee agency. It's a huge part of who I am and to be a part of a film where it was centered around a real life humanitarian mission, really brought it home for me. I've never been able to connect the two in my work like this before. The fact that we are raising so much awareness for what the Andersen Air Force Base does every year, means that even more people will get more support with better access to needed supplies.

Why do you recommend people to see the film and what do you believe should be it's message to everyone?

The holiday season in film and TV always brings joy to people with all the Christmas magic. This year especially, when the whole world is going through such crazy times, we need it. What are your hopes for the holiday season this year?

I hope that I'm able to bring people all over the world laughter and joy through this film. The fact that I can bring people together to watch this means so much to me. From my own holiday, I just want to be around my family and my animals. I can't wait to cook for everyone and play holiday music and dance around.

I want to increasingly use my platform to give a voice to the voiceless. I want to help refugees tell their story in their own words so that everyone understands how similar we all are and only our circumstances are different. I hope that we can increase aid and an overall welcoming sentiment in the US and beyond. I'm working with UNHCR on some very interesting projects to shed light on this primordial human rights issue, which I'll be able to share more about in the coming months!

Before we know it, we'll already be in 2021. What can we expect from you next year in film and TV? And as well from your work in Modern Nirvana Wellness Group?

2021 is going to be very interesting because everything that I filmed up until this point came out this year. This year alone there were four films. Next year is going to be a lot of animation with the ninja turtles Netflix film, as well as trollstopia for Hulu. I'm looking forward to producing more and getting back on set and making more projects that are reflective of me as an artist.

In regards to Modern Nirvana, we are looking forward to our second annual conference and being able to have an event post Covid. We're going to continue to create really cool and enlightening content on our channel and bring together inspiring minds in the most impactful ways we can.

You can now stream the movie on Netflix.