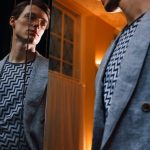 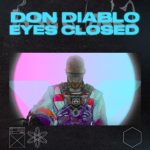 In conversation with Kailand Obasi Morris

We had a great time speaking wth Kailand Obasi Morris about his collaboration with ICEBERG.

Please introduce yourself to our readers.

Kailand: Well, to start, my name is Kailand Obasi Morris, 19 years old, grew up in Los Angeles, California, currently living in L.A. to I would consider myself profession wise as an artists just because we say designer or musician, like I'm interested in all of those amazing, great things in our industry. Therefore, I would just give myself the title as an artist. So, yeah, I mean you know family has always been incorporated in some sort of art in one way shape or another. My mother Kai, she’s a fashion designer. My father who is Stevie Wonder, musician, so I got a pretty cool foundation, pretty cool family.

What is one of the most daring things you did recently during lockdown?

Kailand: I would say going out, but that sounds so ignorant right now. I think the most daring thing.. I think the most daring thing was me kind of dabble completely out of my comfort zone and doing a few acting things. May not seem too daring, I like acting as something I just started doing that I was always super somewhat not afraid, but conscious about. Just because, like you know in acting, you really just kind of have to give yourself. You have to be very submissive, just like being Ok, looking foolish, basically. So for me, that was definitely the most daring thing, because I've always been very timid about acting. I'm like a very low key, introverted person. So super super daring.

What would you say is your personal motto, especially nowadays?

Kailand: I mean, my motto, I go, you know for.. And that's like in anything.. I'm really about to get it tattooed on me. It’s like “the world is yours“. I just resonate with that saying so much because, you know, you can do anything you pleased to do in life. I mean, like, nothing's off the table. Nothing is impossible. So, yeah. And that's like my biggest model – “the world is yours“.

What are your upcoming projects for this year?

Kailand: So I mean, right now doing great things. I would say, of course, Iceberg. I have a collection with Iceberg, capsule collection that'll be up pretty soon and I'm very excited about it. A  long way coming. You know, I literally remember walking Iceberg, like, way back six years ago and now designing with James and Paolo, the Iceberg family. That's super surreal. A lot of great cool stuff can’t say any specific. But in television, film production coming out.. I've been working very closely with a lot of my good friends like Pierce Brosnan, Sean Koons on a lot of art sculptures, lot of that cool stuff. So definitely gonna do more installations in the near future and, you know, just galleries, pop ups, what not. What else? I mean, I would say the biggest, the biggest, like tease, when it comes to my work, it's like my social media. Just because I love to, like, tease what I do on my social media, just like drop a little hints and what not. I have a lot of crazy, amazing things coming.

Have you developed any new passions during this lockdown period?

Kailand: New passions? No, not yet I would say. I think I have so many passions already that, you know, developing new ones, maybe not yet, but somewhere in the near future.

What would be your biggest outtake from last year?

Kailand: Definitely, you know, appreciating a lot of smaller things now, I don't want to say smaller things, but just appreciating every single bit of piece to life, your life, other people's lives and just valuing just value what you have a lot of the time. The most plain and simple thing about Covid is like you have to wear a facemask every time you go outside. Like the privilege now that I consider it of like having to have been able to go outside and socialize and communicate with people without a face mask. Like I look at it as a privilege now. So, you know, really just appreciating everything on the scale of everything.

Now we're working on our new issue and we're calling it “Elements“. It's a lot about sustainability, nature and the environment. Tell us about your perspective on this subject and the fashion industry.

Kailand: I wish I had a "Just Water" bottle with me right now. This is like the one time you’ll catch me without "Just Water". I think, like for me, my life is like, you know, I'm all about sustainability and everything that I do, touch. Car – Tesla, water bottle – "just water".

Jaden Smith’s Water company that he partnered with. The bottles are I think 80 percent made of renewable resources, which is awesome. Clothing – “House of Kom“I only use sustainable fabrics, recycled coffee, mushroom leather, pineapple leather. So, you know, when we talk about this iceberg collection, a lot of the nylons that we used are like recycled nylons. So really every piece in my life is like sustainable, environmentally friendly. You know, I think especially in fashion, that's like a big, big just a big push that every fashion house should just be pushing for. Really to be a hundred percent sustainable.

What else can you tell us about the collaboration with Iceberg and the collection? When will it be released?

Kailand: Yes. So it's going to be released in July. You know, a good amount of stores worldwide, which is going to be awesome because, I have clothes, like all over the world. So, you know, I mean, really, with this collection, let's start from the beginning. I was just from a lot of the knowledge I can gain from entering at Dior and working with Kim is like, the one of the things I loved about his appreciation for art and artists is just like so high. So every Dior collection he's collaborating with an artist of some sort, whether it’ll be like, Daniel Arsham, Peter Doig, Amoako Boafo, so you know, with this collection, you know, especially being the very sensitive time of what the United States was in with a lot of, just the systemic racism and police brutality when I was like, now it would be such a beautiful time to incorporate a young black artist into this whole project. Me being a black artist and incorporate with another one I thought that would be awesome. So I was just kind of doing my research on a few people. And I came across this artist by the name of “Vxmee“, and he and I had great vibes together, great vibrations. We were talking. Our ideas were just like flying back and forth so that a lot of all of the artwork in this collection that I did with iceberg, collection that we done with iceberg is by the artist myself, “Vxmee“ and myself, it’s like super awesome. So, yeah, we did that. I'm super happy and proud of that I would say. I mean collaborated with “Vxmee“. We shot the campaign in a very fire location. A lot of the times, like when it comes to clothing, I get inspired by architecture. That's one of my biggest inspiration, is architecture. And I went to this place on my birthday in September, September 2nd. I went to this place and I was like, yo, so fire. Got my iPad sketching ideas just based off of the architecture of this place, and I just came to a full circle moment because we ended up going back and shooting at the location which was super awesome. So a lot of really cool things. I even, I won't say who, but I got the chance to work with a lot of people regarding the music aspect of the campaign, which is awesome. I can't wait for people to see and hear and look at the whole vibe.

What would be your advice to the youth looking up to you?

Kailand: My biggest advice, would really just be like once again, “the world is yours“, right? Nothing's off the table. I would be speaking to people who have been inspired by what I'm doing. I would say just to always keep an open mind, keep an open eye, an open perspective, stay inspired and just create, create what you like. The most important thing really is creating like through what you love.

How was it like designing this collection as you're based in the US and the brand is based in Italy?

Kailand: It was crazy. It was so crazy. I mean, my first collection. I mean, like in the midst of this global pandemic, I'm here in L.A., James, the CD, Paulo Gerani, like the whole team is in Italy, at the factory. We're just like, how could we figure this out? So, you know, I ended up fortunately being able to go to Italy for a week or so. I was in the factory like on my first day – the factory was gigantic. So I had to take it all and, you know, familiarize myself with the surroundings of it. And then we just got to work. James and I were just non-stop, just like getting the ideas down left. And it was so funny because when I was casting this campaign, I didn't get a chance to see the clothing until we were shooting the campaign, which was my first time touching the garments, like seeing it like, you know, like putting it on. Because I love to wear clothes that feels.. I was putting it on for the first time. But I was in Paris working. What I was doing in Paris? In Paris I think I was working with Dior at the time, again with Kim, and we were doing fittings in L.A. because the clothes got shipped to L.A. So I was like constant, like no sleep for a week, not even a week, longer than a week. Face timing my assistant and everybody who was helping out in L.A., while we were we doing fittings and castings and all that craziness. Fly back to L.A. next day, going to the location and shooting the campaign. I mean, there's a lot of work. It's always a a lot of work, but it's like fun. You know, it was my first time. I definitely enjoyed it, so.