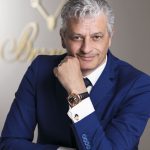 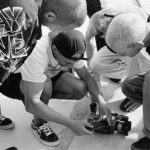 Architecture Design Food Things to do

In conversation with Joris Bijdendijk

We had a big pleasure speaking with the chef of RIJKS Restraurant Joris Bijdendijk.

What is your focus when creating a new menu? How often do you change the menu in RIJKS?

Our focus is the products of our beautiful suppliers. That's where it all starts. So we start with the product and then we see what kind of creative and tasteful stuff we can make with it. And we try to change at least one or two dishes once every two weeks.

How are you dealing with and adapting to the current situation in the world? You are also doing a takeaway menu, can you tell us more about the menu and process of ordering?

The biggest and most important part of surviving crisis is that you adapt as soon as possible. So we started our takeaway actually exactly one year ago, even before we had the first lockdown in the Netherlands. And we just thought this was the thing to do because we needed to change our business model as soon as possible. And we were expecting restaurants to be closed shortly and that was the case. So we built our website into a web shop and our web shop related to time slots so we can exactly see what time guests will pick up their orders, etc. And we also do delivery and the whole logistics, we're able to do it ourselves.

What inspired you to become a chef? Did you always envision becoming a chef, already as a child?

I'm born and raised in Amsterdam, grew up on the farm with my parents in Belgium. And when I was 16 I worked as a dish washer in the kitchen of a well-known Amsterdam restaurant. That’s when I decided to pursue a career as a chef. I first gained knowledge from fishermen, butchers and farmers and later on technically learned from the best chefs.

At the age of 19 I started working in the kitchen of Ron Blaauw and in six years I got promoted to the position of kitchen chef. After that I went to France, to Montpellier, where I worked as a chef the partie and later a souschef at the renowned star restaurant Le Jardin des Sens.

I returned to the Netherlands in 2012 to work as chef at restaurant Bridges at Hotel de Grand in Amsterdam and in 2014 I became the executive chef at Rijks.

Where does the name of the restaurant RIJKS come from? Does it come from the fact it is right next to the RIJKS MUSEUM?

It's exactly that. Be clear, short, simple. Everyone knows it. It's the same house style and typo and a very strong brand – Rijks, Rijks Museum, Rijks Restaurant.

Your menu always offers a variety of incredible dishes. Which would you say are your signature dishes and also signature drinks of the restaurant?

We changed our whole wine program. Our sommelier Max van Bockel started that two years ago. But it has totally to do with everything we do in the restaurant. We won a Wine Spectator award for it and we are the first restaurant in the world with a specialization on Dutch wines. So that's super interesting. One of our most known dishes is the The Millefeuille of beetroot. It is served with a beurre blanc made with Tomasu soy sauce. Tomasu is a soy sauce that is made right here in the Netherlands, in Rotterdam.

How do you adapt as a chef to the trend of more plant based cooking as well as being conscious about the environment?

Well, ever since we are open, we have plenty of dishes only based on vegetables. Not vegan, though. I think that's a different league. We can serve vegan, but we love cooking with butter as well. But like if you used red produce from small scale producers, it is authentic breeds of chicken and cows and everything. Biodiversity is biosecurity. So we had that in mind, but what we do is not because of being conscious of the environment, but just because of what we do. We love to cook with the stuff we cook with. And by accident, it's also kind of being conscious. But that's not like the main goal of the restaurant. It’s just that we don't like to use shady products.

Can you share with us more about the design of the restaurant? It is truly beautiful, I especially love the open kitchen lay-out and the big bar.

It's designed by Paul Linse. And he did an amazing job. There's actually almost no art in the restaurant, because we just simply cannot compete with the museum. I still think it's kind of timeless. It has been six and a half years, almost seven years since we opened the restaurant and still when I enter the restaurant, I feel butterflies. The guy has an amazing talent and right feeling for how to work with an environment like this.

Can you describe to our readers the meaning of “kitchen of the Low Lands” that you produce at RIJKS.

I started the foundation “Low Food” and I will explain you what our goal is. Actually the “Low Food” movement has set to go change Dutch gastronomy. We want to make Dutch food culture leading when it comes to forward thinking on subjects as sustainability and inclusion. And in a world where food security and sustainability of the food and agriculture system are two of the big themes. We believe that the food movement has an important role in changing food culture. So the “Low Food” movement will therefore act as kind of a network agent and a platform where new ideas are created and implemented. And you can find us, for example, with super interesting conversations on clubhouse. I think in the coming weeks we will host super interesting conversations with our club – “Low Food Club” on clubhouse. And we also have our foundation. We have a money fund from the government to do research. We started three researches. You can find that on our website. And we are working on a chef's academy. We are finding out together with our community what it means and what we serve in Rijks. For me “kitchen of the Low Lands” of the Netherlands is working with products from here. But also there are so many influences in our country. And as long as you appreciate those influences and you know the story behind, you can put them on your menu with respect.

RIJKS was awarded a Michelin star in 2017. What was the first feeling when awarded and how did that impact the restaurant?

Revenue went… (Laughing) – Bookings went up. But this is like the Oscar of our business and we were, we are still so proud. We are the biggest restaurant in the Netherlands gaining a Michelin star. It was never our goal, but we are amazingly proud and we do everything to keep it.

Would you be able to share with us and our readers a healthy recipe that anybody could make at home.

I would say that – I did a soup. I launched a soup, a canned pea soup, or “Snert soup” as it is called in the Netherlands. We have had an amazing success with a soup book and soup merchandising as well. We will launch new soup flavors in Can. Can is one of the most sustainable packaging.

What is the highlight of last year for you? No matter what a year it has been.

There's so many, we have so many highlights of last year and eventually we even won an award for all of our entrepreneurship of the of the past year. But we did like a Ferris Wheel with twenty seven restaurants. We did pop ups, we did free Heri Heri to celebrate “Keti Koti”. And also Liberation Day in the Netherlands. We made everything into something positive.

BREGUET ANNOUNCES THE APPOINTMENT OF ITS NEW CEO