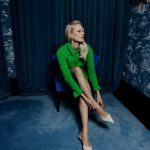 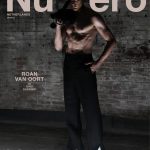 In conversation with Joachim Pastor

We had a pleasure speaking with artist Joachim Pastor.

Who introduced you to music and how were your conservatory years?

I started music when I was four years old. My parents after some time pretty much forced me to get into the conservatory and learn music. My sister back then was already studying piano. She did 13 years of piano and I did 7 years of traverse flute, then continued with guitar and other instruments. The environment at the conservatory was very competitive, you always have to be the best, and auditions can become pressuring. My sister was always crying after her auditions. The perfect way to learn music huh? I never put too much effort, I almost felt I was doing nothing, but teachers somehow wanted me to stay, they saw natural talent in me I guess. Later on, in my conservatory years, I was doing guitar, and it was really difficult to get a band. You know at 14 years old the logistics of having a band are impossible. You need to find a space to do music, a place to move around, etc, and in Paris, it’s difficult. So I told my teacher that I wanted to record my guitar and make my own backing tracks. I wanted to make my own production with my guitar, as if I had a band but I’m on my own. So he then showed me some software, the first time that I saw software that wasn’t for gaming. After that, I kept doing music all the time.

When I think about my conservatory years, the teachers, and their talks about talent, I realized that at the end of the day, you don’t need a school or a conservatory to become a good musician. I have friends that can sing perfect melodies and have no musical background for example. I have forgotten all of the theory I’ve learned there and I don’t know if I would be able to read music sheets now. You don’t need that to do music, you just need a lot of work, dedication, and passion.

Inspired by figures like Daft Punk, Sonata Arctica, and Jean-Michel Jarre, what are the tracks/albums you enjoy the most of, and why so?

From Daft Punk, the two albums I prefer the most are Homework and Discovery, the latter being one of the first albums I had as a child. I think it's one of the albums I listened to the most in my life. I really love Daft Punk, it's a group that really shaped me as an artist when growing up. Those two albums are masterpieces for me. The sound, the mixing, the energy, and the melodies I think are so perfect.

My father took me to a Jean – Michel Jarre concert in Versailles when I was 5 years old, and I still have memories of it. I always loved his synthesizer sounds, it was less of a beat and more of an experiment. As a child I loved big synth machines, and you know, I’m a geek myself, so I’ve always been fascinated by them. Sonata Arctica is one of my favorite bands, it’s a para metal band from Finland and in my opinion, their best album is Silence and Ecliptica. It’s top super quality material. I also listened to a bunch of Queen in my life. I’ve listened to so much music in my life, but in general, these are the artists that I have listened to repeatedly.

When playing live, what are the main things to keep in mind as a performer?

My advice, and believe me, I’ve learned it the hard way, is that you have to connect to the crowd. When I was starting to play live 10 years ago, I would be fully focused on my thing and I wouldn’t even look at the crowd. I was just focused on my music and hoping that by making my sound great people will enjoy it. It doesn’t work that way. Basically, the crowd does what you do. If you see EDM performances, when the DJs clap their hands, everyone does it too. People when they come to a show they just want to have fun. Stay connected to the crowd and always transmit the energy to the crowd. I think it is less important to do the perfect stuff in your live set, what matters is that you’re happy and you look at the people, you smile and you have a good time, so then they’ll have a good time too. Transmit your energy to the crowd. People pay for their tickets to have a good time, so let’s have a good time together! So I think it’s possible to do quality music and have fun!

How do you approach music creation while laying down new ideas?

I always start with the melody. I start with the chords, melodies and then I lay down the beats. 90% of the time I start with the melodies. If I’m doing a remix with a vocal, I’ll start with the voice, put a melody on that and continue with the beat. I do the mix as I go, I prefer to give a structure to the track because it gives me more excitement if something sounds good. I then go back and do a review of the whole mix and in conclusion, I work on the final master.

In a recent video of Armada Music (Youtube), you show your brand new studio set up. Did you also project the acoustic treatment for the room?

Yes, I did. In my old studio, I did an extension of the house on purpose for the music and the sound was perfect, I mean it was spot on. The frequency responsewas insane. It took me a year and a half to make it almost perfect. I used Room EQ Wizard to get the best results. The new studio was a bit hard, but it was a way bigger room, approximately 100 m2 and it took a lot of work. I wanted to make something beautiful this time, and it’s cool because there are windows on top of the console. But yes, I did the acoustics myself and spent a bunch of hours working on it. I’m super happy about the outcome.

Any new addition to your musical setup?

The last things I bought were a bunch of synthesizers that I wanted to try and actually I thought it would be cool to try very simple sound effects. Sometimes I feel that with computer-based softwares you have infinite possibilities in creating sounds and modifying them that it becomes too much. For example in additive effects like reverb, back in the day you would have a limited amount of reverbs you could use, and to tweak them you only had one or two settings, but they sounded so good. In one of my latest remixes, I used a tiny guitar pedal named T/REX Creamer Reverb. It has very few settings, and when I use it for the Moog,it sounds amazing.

In one of your previous interviews, you talk about your new album “Greater Message” describing it as a musical project that tributes to the meaning of life in general. What do you think is our purpose in life as individuals?

Not the easiest question to answer, but I have an analogy for that. I see my dog, a really smart German shepherd, and sometimes I look at her and I know she thinks she’s my daughter, but there are things that she will never understand. She doesn’t understand the concept of me being in Amsterdam, she doesn’t understand the concept of things happening 6000 kilometers away from home, she cannot understand the concept of electricity or programming or whatever. She understands simple stuff but she’s still smart, you know? We people think we’re so smart, that we’re the best and we know everything. But I’m sure that for something else, you can call it God or whatever you want, we are just the same as us and the dog. I’m sure my dog thinks she knows it all too, she walks into a room and is like “Here I am “, but there is something bigger than us that we don’t understand. That’s the greater message, something outside of the envelope. We’re just a tiny part of something immense. I compare it to a Gaussian curve. For example, when you start digging into sound engineering, science, or whatever, at the beginning you think you don’t know anything because you don’t know what you're learning. Then, the Gaussian curve goes up, and you feel that you know everything and you’re sure of yourself. The more you learn and the more you understand, you go back to the initial phase to then realize that you don’t really know anything. Another example is electricity. I'm a sound engineer, I know I can do formulas and solve calculations, but it's a concept that we rarely scratch, we barely understand what electricity actually is. I'm sure that there’s something bigger and that we are for something else like the dog is for us.

As an artist, what are the goals you’re trying to achieve in the near future?

To be honest, right now is weird, we don’t know what’s going on and what to do. The difficulty at the moment is this question. What do you do when nothing is sure? On the other hand, in the short /middle term though, I hope that the new album goes well, fingers crossed! Right now we’re currently working on really cool remixes, a sort of remix pack to be released in the near future, so we have pretty cool stuff on board. We’re talking to many people for possible collaborations and working on a new album. Live performances are also included.

Diving a bit in the audio spectrum, what is your favorite piece of equipment and why?

My favorite piece of equipment is my analog console. Usually, the joke I say is that it’s my computer, but without my computer, I cannot use my audio equipment, or anything basically. It’s the Studer 903, it’s a pretty rare Swiss console, probably a bit under a Neve or an SSL, but it’s in the high-end quality pieces in the market. People used this type of console for classical music and broadcast. The one that I own was a broadcast console for Radio Classic and then it went to Canal Plus, a French TV station. When I first got it I changed all of the capacitors, about 3000 in total. It was a long process but I’m glad I did it. Overall I love this mixing console because it’s beautiful, it sounds great and it has a history behind it. I just love to sit at it and it feels amazing like you are controlling a spaceship. It’s really cool!

Will you be performing at A.D.E this year? If so, what are you looking forward to preparing?

Normally when ADE is happening we do Pleinvrees, I hope it’s not going to get canceled this year. What is cool is that I can play so many new tracks of the album, and the classics, people love them. I’m excited about it, but you know, I hope that the rumors about ADE are not true. We will see.