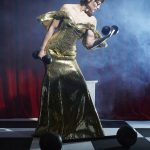 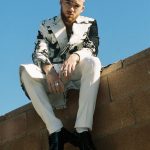 In conversation with Jessie Andrews

We had a pleasure speaking with artist Jessie Andrews about her new role in hit series "Euphoria" and about her new projects coming up.

Could you tell our readers a little bit more about yourself? You have been acting in adult movies, you are the founder of four companies, you dropped out of high school just before getting your diploma and became a top model right after that, when and how this entrepreneurial mindset started?

I knew from a young age money meant freedom. So the harder I worked, the faster I worked, the more money I had, the more freedom and opportunities I had. I was willing to do anything to get there. My parents were strict and made me work for everything, at the time I hated them but it was a blessing in disguise.

You’re the founder of four jewelry and ready-to-wear brand, where does all you inspiration come from?

My inspiration comes from a mixture of architecture, experience, travel and culture.

Have you always been that versatile? What was your dream job as a child?

I have always been interested in learning new things. Less interested in reading and television, more into hands on activities and sports. I had no idea what I wanted to be when I was growing up. I just knew I didn’t want to go to college and end up in debt with a job I hated. There’s so much pressure at a young age to choose what you want to have as a career for the rest of your life.

What does entrepreneurship mean to you?

It means being successful at many different things, not just ‘doing’ them.

You’re an accomplished businesswoman, what is in your opinion, the key to success?

Your jewelry brand, Bagatiba, have been worn by the Hadids, Jenner’s & Kardashians How would you define the aesthetic of your brand?

My aesthetic for Bagatiba is minimal and effortless. I design pieces that compliment, not over power a look.

With all those hats, what does a typical day in your life looks like?

Everyday starts the same: coffee, answering emails and pilates. Then I work on my ‘to do’ list for the day, visit friends, scroll on social media and organize. I try to rest and give myself freedom to do whatever I want (which seems like most the day anyway) by 4pm.

Describe your style in few words?

Casual and classic. I don’t really follow trends, I take what I like from them and mix them into my wardrobe.

You are also DJ, what kind of music inspires you the most?

I love music that makes you want to move. Anything between a 118-128 bpm. I played techno and disco when I djed, but in my down time I listen to Khruangbin, Mk.gee, Anderson Paak, Yves Tumor and jazz.

You are also part of the new Euphoria cast, how did you get there, what is your vision of the show?

Networking to be honest. My whole life and career is built off good relationships. The director and I became friends on Instagram and bonded over random topics and finally were able to work on a project together — Euphoria season 2. I love the show, it’s full of drama, relevancy and modern culture. It feels so close to home because it’s my generation he’s writing about, I feel quite lucky to be a part of this show.

Fashion, cinema, music, acting, designing, do you have any preference?

Winning awards for acting in Adult film when I was 19 years old is what put me on the map. It propelled me to do everything else because I felt like I had reached my peak so young in adult film because the range is so small. I love challenging myself and learning new skill sets. Now music and designing seems to easy in a way, so mainstream acting is where I’d really like to see myself for the next few years while still working in Art and Fashion.

As you are a very ambitious person, we can expect that you have already new projects in mind, what’s your next aspiration?

I will be working on a few short films this year to expand my acting palate, interior design projects, brand ambassadorships and spending more time in Europe as I sign with a management team there.